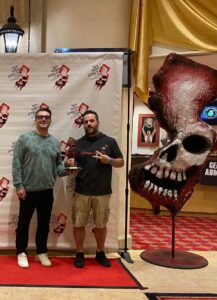 A man documents his girlfriend’s 35th birthday on his phone. What he captures throughout the night are the most disturbing human acts imaginable. 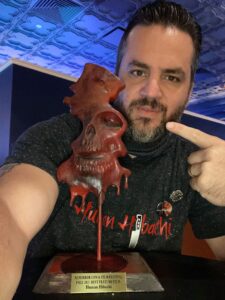 “I’ve been eyeing up those NJ HORROR CON FILM FESTIVAL trophies for years now. They are very unique and look great. When I heard Human Hibachi called for best film I was filled with joy.” The movie is very different and for it to be noticed on a big stage is amazing. Congratulations to everyone involved and NJ Horror Con and Film Festival for hosting an awesome event.” – Mario

Mario Cerrito and producing partner Michael Joy have recently wrapped on production of the sequel, HUMAN HIBACHI part 2 Feast in the Forest.

Sunday Scares: “They Live Inside Us”