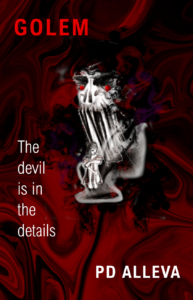 A haunting tale of suspense, loss, isolation, contempt, and fear.

On November 1, 1951, war hero John Ashton was promoted to detective. His first assignment: find the district attorney’s missing daughter. But his only lead is Alena Francon, a high society sculptor and socialite committed to Bellevue’s psychiatric facility. 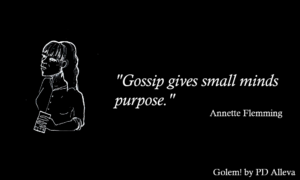 Alena has a story for the new detective. A story so outlandish John Ashton refuses to heed the warning. Alena admits to incarnating Golem, a demonic force, into her statue. A devil so profound he’s infiltrated every part of New York’s infrastructure. Even worse, he uses children to serve as bodily hosts for his demonic army, unleashing a horde of devils into our world.

When Alena’s confidant, Annette Flemming, confirms the existence of Golem, John is sent on a collision course where fate and destiny spiral into peril, and the future of the human race hangs in the balance.

The Devil Is In The Details!

Fans of The Silence of the Lambs, Clive Barker, John Connolly, old Stephen King, and Anne Rice will be fascinated by this edge of your seat psychological horror thriller with a story that rips out the heart of humanity and throws it on a slab to be feasted on. 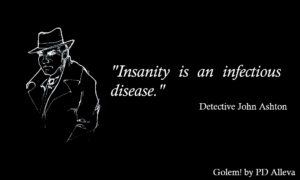 Review from The Bold Mom

“PD Alleva unfolds that kind of psychological horror that gets into your mind like a dark thought you can’t control.

When you start the book, you think you already know what’s going to happen. But you’re so wrong.

The thread is divided into several different blocks; the introduction is lead by a lone character whose only mind is an entire horrific world, where you never know what’s real and what’s not.

When we jump to our main character’s personal story, you’re going to get obsessed with her. I dreamed of her several nights. You fall in love and also fear what she’s going to explain to you. Her broken mind is the glue of the whole book.

Events start to emerge at a shuddering pace, by the hand of our detective who, without even knowing it, is going to enter a world he wouldn’t dare to put a foot on.

Golem, that mysterious name. I can’t say a thing without spoiling this terrific story, so I will hold myself to only say, he’s a nightmare you’re going to share with the poor characters in this book. And what’s more poetical than arising from something inert…

Nevertheless, I absolutely adored the mansion. The description brought by the author is so sensorial you feel you’re really within its walls, but not falling for the stereotypical “haunted house tale” —and no one would desire to be there…

Perhaps the beauty of darkness is so hypnotic you follow it smoothly, even knowing its final rest will be in doom? Who knows.

Secondary characters who play an essential role. Stories that end up completely upside down. Characters who break down to pieces and are sewed back together again. A magnificent, cursed hotel that is not going to play the role you expect.

And a mind-blowing end which you will be taken in by.

I enjoyed this book deeply, and I loved one character fondly. It owns all the required factors to hook a horror fan, while excellently written; the terror of a sick mind, broken unspeakable memories, ancient evils stuck to families, horrible tortures, wandering souls, and the pure love of a beautiful, fragile soul whose suffering and demolition will be the fuel for the other characters’ insanity.

Although, she has one more final word before darkness breaks loose. Sometimes fragility hides the strength of a hurricane.

This book has become the best I have read in a long, long time.

An excellent choice, if you can handle horror—indeed.”

The Bold Mom covers a great deal of books so when they say the book is the “best I have read in a long, long time” that is huge! 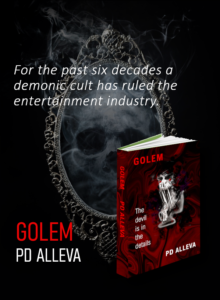 “What a fantastic book! Probably one of the best I have read in a long time. PD Alleva is an extraordinary writer that always has great characters, great character development, and fantastic storylines and story development. He just knows how to keep you engaged and guessing until the very end. Just when you think you have it already figured out….guess again. Great end as well.”

“I really liked this. The characters had depth. I could see this as a movie and it left enough at the end that it could be continued into another story, it’s not a cliffhanger, but you gives you something to think about. The what if.”

PD Alleva writes thrillers. Whether those thrillers are a Sci-Fi Fantasy about Alien Vampires attempting to subjugate the human race, or steeped in a haunting horror novel, or an urban fantasy with supernatural themes, PD always provides readers with a profound, entertaining, and satisfying reader experience, in a new genre he has coined as alternative fiction. His novels blend mystery, conspiracy, psychology, and action with the supernatural, horror, fantasy, and science fiction. Alternative fiction is PD’s attempt at describing what readers uncover in any one of his books, a new discovery towards mainstream storytelling. He’s been writing since childhood, creating and developing stories with brash and impactful concepts he describes are metaphors for the shifting energies that exist in the universe. PD lives inside of his own universe, working diligently on the Sci-Fi/Fantasy series, The Rose Vol. II, the urban fantasy novella series, Girl on a Mission, and Jigglyspot and the Zero Intellect, PD’s upcoming horror thriller.

I’m also sort of a social media enthusiast! You can find me basically everywhere on the net. 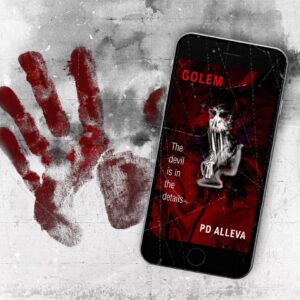 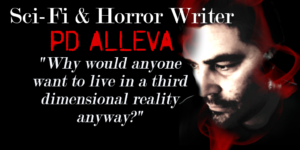 Official Trailer & Key Art for SLAYERS – In Theaters, On Digital and On Demand October 21