Halloween-Themed Movie Collection Will Feature New Releases Such as “Paranormal Activity: Next of Kin” and Horror Favorites Such as “Gretel & Hansel”

Family-Friendly Scares Will Include a New “Rugrats” Halloween Episode, Plus a Collection of Spooky Episodes from “iCarly,” “SpongeBob SquarePants” and More

The Seasonal Event Includes the “Evil” Season Two Finale and Spotlights Classic Halloween Episodes from Series Such as “Frasier,” “Cheers” and “Sabrina the Teenage Witch”

Paramount+ is rolling out Peak Screaming, a month-long Halloween event that showcases the best in Halloween programming, including fan-favorite horror movies and iconic seasonal episodes in thoughtfully curated marquees for the whole family. The event will feature a range of premium content from the exclusive premiere of new horror films such as PARANORMAL ACTIVITY: NEXT OF KIN to the debut of a special Halloween RUGRATS episode and the spine-tingling season two finale of EVIL. Stream the growing collection of Halloween-themed content on Paramount+ by clicking here. 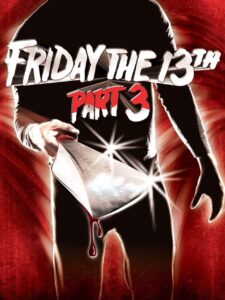 Paramount+ will have subscribers streaming and screaming this month with a chilling movie collection that’s available now. Heart-pounding thrillers and terrifying horror films such as A QUIET PLACE (PART I & II), CHILD’S PLAY, CRAWL, GRETEL & HANSEL, MOTHER! and SAINT MAUD are featured in the Halloween movie carousel, as well as cult classics such as FRIDAY THE 13TH (PART 3), KISS THE GIRLS, NIGHT OF THE LIVING DEAD, PARANORMAL ACTIVITY 4, THE DEVIL INSIDE, THE RING and THE TRAVELER.

The seasonal event will continue with the premiere of a special Halloween episode from RUGRATS on Oct. 7. In “The Werewoof Hunter,” Tommy will need his friends’ help to save Angelica after she turns into a werewolf at a scary Halloween party where their parents seem to be disappearing one by one. Fun-sized viewers are also being trick-or-treated to a HallowScream collection of their favorite spooky episodes from Nickelodeon and Nick Jr. shows such as BLUE’S CLUES (“Blue’s Big Costume Party”), BUBBLE GUPPIES (“Trick-or-Treat, Mr. Grumpfish!”), DORA THE EXPLORER (“Halloween Parade”), iCARLY (“iScream on Halloween”), PAW PATROL (“Pups Save the Trick-or-Treaters”) and THE FAIRLY ODD PARENTS (“Scary Godparents”). The service is celebrating the best of SPONGEBOB’s Boo-kini Bottom with a compilation that includes “SpongeBob’s Spookiest Scenes Countdown Special,” “The Grill is Gone / The Night Patty,” “The Legend of Boo-Kini Bottom,” “Ghoul Fools” and more.

Fears will intensify on Oct. 10 with the season two finale of EVIL, which will find the team meeting with a student who has a growing compulsion to eat human flesh. In addition to a marquee of EVIL’s scariest episodes, subscribers now have the chance to rewatch seasonal classics from beloved series such as BEVERLY HILLS, 90210 (“Things That Go Bang In The Night”), CHEERS (“Fairy Tales Can Come True”), FRASIER (“Room Full of Heroes”), HAPPY DAYS (“Haunted”), MACGYVER (“Halloween Knights”), SABRINA THE TEENAGE WITCH (“A Halloween Story”), THE BRADY BUNCH (“Fright Night”) and more.

The Halloween spectacular on Paramount+ will peak with the highly anticipated premiere of PARANORMAL ACTIVITY: NEXT OF KIN on Oct. 29. The new film will bring fans an unexpected reimagining of the beloved horror franchise and stars Emily Bader, Roland Buck III, Dan Lippert and Henry Ayers-Brown. Fans of the iconic found-footage horror genre will also be invited to go behind the scenes of the film that started it all, with the debut of the original documentary UNKNOWN DIMENSION: THE STORY OF PARANORMAL ACTIVITY.

From now until Oct. 20, consumers in the U.S. have the opportunity to purchase a Paramount+ and SHOWTIME bundle for $9.99 per month, which provides access to Paramount+’s Peak Screaming programming and unrivaled portfolio of live and on-demand entertainment, as well as SHOWTIME’s premium catalogue of critically acclaimed and boundary-pushing programming.

Paramount+, a direct-to-consumer digital subscription video on-demand and live streaming service from ViacomCBS, combines live sports, breaking news and a mountain of entertainment. The premium streaming service features an expansive library of original series, hit shows and popular movies across every genre from world-renowned brands and production studios, including BET, CBS, Comedy Central, MTV, Nickelodeon, Paramount Pictures and the Smithsonian Channel. The service is also the streaming home to unmatched sports programming, including every CBS Sports event, from golf to football to basketball and more, plus exclusive streaming rights for major sports properties, including some of the world’s biggest and most popular soccer leagues. Paramount+ also enables subscribers to stream local CBS stations live across the U.S. in addition to the ability to stream ViacomCBS Streaming’s other live channels: CBSN for 24/7 news, CBS Sports HQ for sports news and analysis, and ET Live for entertainment coverage.

WITCH IN THE KITCHEN