Revenge: The Horror Cabaret is an exploration of horror and cabaret. 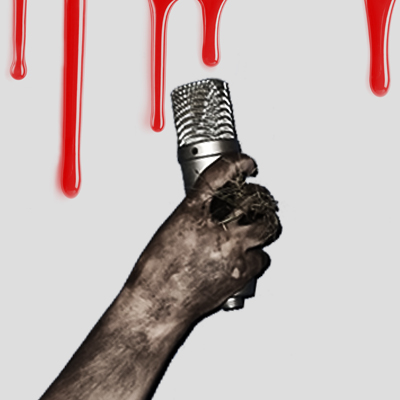 Rachael and her guests sing their way from Sweeney Todd to Carrie as Rachael discovers just how wonderful horror as a genre can really be. But what happens when it goes wrong and her special guests end up both dead AND in jail?

Inspiration: In true cabaret style, Revenge: The Horror Cabaret is inspired by Rachael’s own experiences being terrified by anything remotely horror-related unless it is a musical.

Be aware that there will be puppets, blood, and a whole lot of death on stage in this show.

Part of London Horror Festival 2021 – the UK’s original and largest Festival of live horror performance. The full programme can be found at www.londonhorrorfestival.co.uk/

Rachael Bellis has been performing as a singer professionally since she appeared at age 15 in the first youth version of Les Miserables in Pennsylvania. She has recently been a part of the workshop version of Nehemiah (Lifeworks) and performed in pantomime for the last several years (Sleeping Beauty, Mother Goose, Pantoland Assemble). As far as cabaret goes, she has performed as a singer in Anything Goez’ Showcase Showdown twice, as a part of a group of four in Part of This Whole New World (a cabaret based on four people’s love of Disney and the friendship that ensued), and with original pieces online in both the Marlowe Lives Cabaret (The Show Must Go Online) and Pantheatrical’s Christmas Cabaret (Pantheatrical). As a producer, Rachael has created work for Aequitas Theatre Company, for which she is Artistic Director, and Worldwide Shakespeare, a company that was created in the pandemic.

Fergus is the artistic director of ShadowMask Theatre. He has been writing, directing and devising his own plays since 2006. During his undergraduate degree and his post grad in Exeter, he directed several horrors shows including Mindgame by Anthony Horowitz’s, Shakespeare plays such as Titus Andronicus, Richard III and the Lamentations of Lady Anne by Isabel Hernadez Altamirano. In this time, he developed an aesthetic based on principles from Jung and Campbells ideas of the shadow and the uncanny. These were designed to keep audiences on edge during shows, questioning what made them uncomfortable. These were reflected in his own plays  as he wrote and directed supernatural, dark and comical pieces including The Shaman, the Kingdom, and Such Stuff As Dreams are Made on. During lockdown he was able to return to directing with Tamara Ritthaler, Alexandra Kataigida and TSMGO, he directed their own edit of Marlow’s Doctor Faustus: “Really brilliant production of a really brilliant play”- Mobile Theatre Review. Now, as the pandemic eases, Fergus hopes to create a whole new program of shows to challenge and thrill audiences around the UK.