Spotify and Parcast are excited to enter Halloween Month with the launch of (3) new series – REVELATIONS, created in partnership with Blumhouse Television and Vespucci, MEDIUMS, and SINISTER SOCIETIES. From doomsday cults to communication with the dead to the most nefarious societies in history, Parcast has the perfect offerings for your spooky season listening. 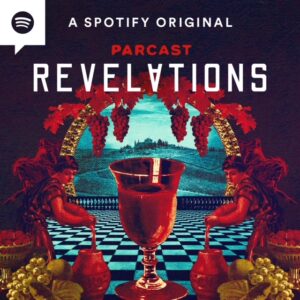 ○      Description: This podcast series investigates “The Fellowship of Friends”, a doomsday cult in Northern California known by wine lovers for their vintage. This six-episode limited series is hosted by journalist Jennings Brown, (host of The Gateway) and features never before heard interviews with ex-members. Revelations is a Spotify Original from Parcast, created in partnership with Blumhouse Television and Vespucci. 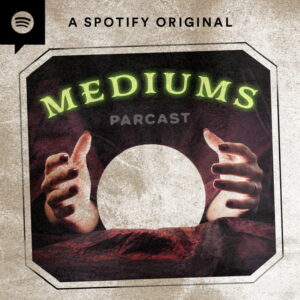 ○      Description: Spiritualism became wildly popular in the 19th century because people wanted to believe that life went on after death. But as a profession driven by women, mediumship was pretty immediately, and constantly, under scrutiny – even (and especially) by highly regarded and notable men of science. This show will be focusing in part on the history of mediums in the United States and what drove people to seek out communication with the dead. Hosted by Shelby Scott (host of Scare You to Sleep). 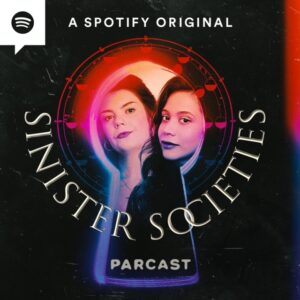 ○      Description: In Sinister Societies, we dig deep into infamous cults and secret societies. From the new world order to the second coming, Sinister Societies will analyze the unique rituals, practices, doctrines, and stated goals of history’s most nefarious groups. Hosted by Hannah Maguire and Suruthi Bala, hosts of the extremely popular true crime podcast RedHanded.