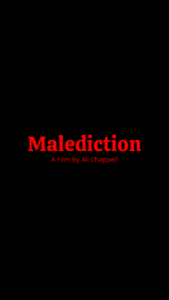 Production has begun on actor/producer Ali Chappell’s feature directorial debut MALEDICTION, a psychological, supernatural horror film set against the haunted landscape of the stark Canadian wilderness. Chappell (best known for her roles in the Full Moon Features horror films NECROPOLIS: LEGION and IT KNOWS YOU’RE ALONE) wrote the screenplay and will play the central role of Codi, a young woman who travels back to her family home to confront her demons…figurative and otherwise. As Codi isolates herself and falls deeper into psychosis, she’s watched by something in the woods, a monstrous presence that has plagued her all her life and that threatens to consume her body and soul. 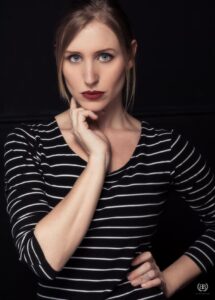 “MALEDICTION is a very personal project for me,” says Chappell, who will next be seen this November in GIRL WITH A STRAIGHT RAZOR from Darkside Releasing.

“This is, in many respects, a story about me, albeit an elaborate, decidedly genre-based blurring of my truth. After writing the script, I always intended to play Codi. But it also made sense that no one else could really direct this film but me. I’m going very dark with this picture and I hope the audience will come with me into the ether.”

MALEDICTION will be completed in December 2021, with festival play planned for 2022.

Horror at a Nude Resort! ‘Hippopotamus’ Comes to Pluto this Halloween!