YOU’VE GOT RED ON YOU

– HOW SHAUN OF THE DEAD WAS BROUGHT TO LIFE 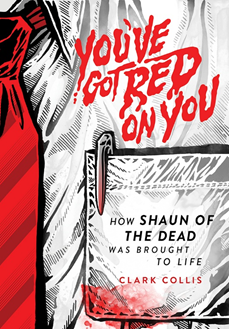 In the 2004 horror-comedy Shaun of the Dead a group of Londoners battled zombies in a London pub. The result was a box office hit that, almost two decades on, claims an ever-expanding fan base. How did a low-budget British movie become a beloved global pop culture phenomenon? Entertainment Weekly’s senior writer Clark Collis’s authoritative new book You’ve Got Red on You: How Shaun of the Dead Was Brought to Life reveals the previously untold story behind the making of the film.

Having interviewed a host of people across cast and crew involved in the making the film, Clark Collis details how a group of friends overcame seemingly insurmountable odds to make a movie that would take bites out of both the UK and the US box office before ascending to the status of bona fide comedy classic.

“Shaun of the Dead is one of my favourite films and I thought I knew everything there was to know about it,” says author Collis. “I couldn’t have been more wrong. You’ve Got Red on You is full of never-before-heard tales of behind-the-scenes struggles, battles, and near-disasters. But it’s also the story of how a bunch of mates made their dream movie about people fighting zombies in a London pub and discovered that dream was embraced by audiences all around the world. I hope people have as much of a blast reading it as I did writing it.” 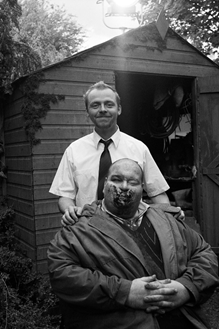 “A really entertaining read and, if you’re a fan of the film, very illuminating on the struggles to not only get it made, but also to have the film be taken seriously. It doesn’t shy away from the hard times, but ultimately those are the challenges that made the film what it is. If you’ve ever wanted to make a movie, you’ll learn a lot in You’ve Got Red on You.”  – Edgar Wright, director 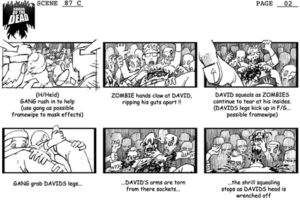 YOU’VE GOT RED ON YOU: HOW SHAUN OF THE DEAD WAS BROUGHT TO LIFE is published in UK on 18th November and in US on 23rd November.

Clark Collis grew up in Edgar Wright’s home town of Wells and, like the director, is a former employee of Wookey Hole Caves. He studied history at Cambridge University, and is currently a senior writer at Entertainment Weekly magazine in New York.