A series of particularly gruesome murders occurring in towns and cities around the Puget Sound in Washington State has the public on the verge of panic, with grotesque details of half-eaten bodies are splashed all over the news. The police are baffled. The forensics don’t make any sense, and the evidence points to something dangerous and malevolent than anything they have ever encountered. Pressured by the Mayor, they reach out for help. 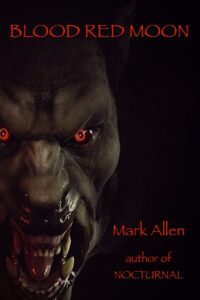 “Readers can expect a character-driven, engrossing story that brings werewolves into the 21st century  with compelling characters. They can expect lots of mood, atmosphere, suspense, intrigue, punctuated with what I call “medically-accurate violence”. and attempts to make werewolves relevant and believable for today’s sophisticated readers. I also give a wink and a nod to “traditional werewolf lore”, and then turn quite a bit of on its ear.” – Mark Allen

Watch the Official Trailer for New Thriller THE KINDRED