A Bullied Teen Comes of Age with a Bloody Twist

Available Nationwide on AVOD and SVOD

“Any fan of classic Stephen King should definitely check out

“an original and entertaining tale of bullying and revenge”

“like one of those shiny mid-career Wes Craven movies” 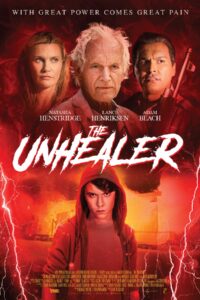 Following a wildly successful run on the global film festival circuit and a wide physical and digital release, Horror Business Films and Shout! Studios have announced the ad-supported and subscription based release of Martin Guigui’s The Unhealer.  The blood-splattered supernatural thriller, a twist on the superhero’s coming-of-age story, will be available on Roku and additional platforms this month.  It is currently available on Blu-ray, DVD and a number of digital and cable platforms, including iTunes, Amazon Video, Vudu, Comcast, Spectrum, and Cox. 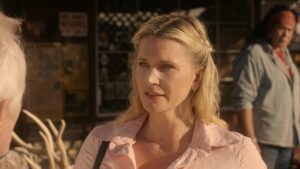 A bullied teenager gains the means to fight back when a botched faith healing bestows supernatural, shamanistic powers upon him. When his lifelong tormentors pull a prank that causes the death of someone he loves, the teen uses his newfound abilities for revenge and goes on a bloody rampage to settle the score.

Order The Unhealer on Blu-ray

Order The Unhealer on iTunes