Written by Boise Esquerra (Austin Film Festival nominated “Blackwater”), the film will wrap principal photography at the end of January on location in the Dominican Republic.

Developed by Mucho Mas Media and Silk Mass, The Black Demon is co-financed by Highland Film Group (HFG), who is representing worldwide rights to the film. HFG’s domestic distribution arm, The Avenue, has taken US distribution rights and is targeting a 2023 release. 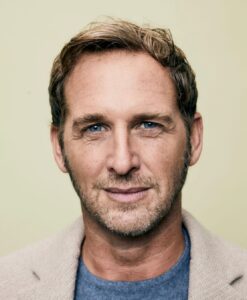 “Talented, committed, and with an open heart and soul—that is what all directors search for in a cast. And every one of these actors bring the building blocks of the cultural mosaic that makes up The Black Demon. I am thrilled, humbled, and lucky to have them take my image to the next level,” noted director Adrian Grünberg.

“The Black Demon is a captivating survival thriller with a fantastic ensemble cast, spearheaded by the action master Adrian,” said Highland Film Group’s CEO Arianne Fraser. “This is a fresh and exciting take on the fabled deep-water predator, and we are thrilled to bring this film to the marketplace,” added COO Delphine Perrier. 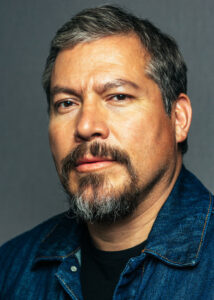 “We’re so happy with the cast that Adrian was able to unite around this film and cannot imagine a more talented group of actors to create a movie about this Mexican legend,” said producers Javier Chapa and Jon Silk.

Based on a Mexican legend – While on a trip to Baja, an oilman finds himself and his family stranded on a rig where the sins of his past have put him and all he holds dear in the crosshairs of a sinister force.

Led by founding partners Arianne Fraser and Delphine Perrier, Highland Film Group (HFG) is an independent worldwide sales, film financing, production and distribution company. Launched in 2010, HFG has had success across a wide range of film genres and platforms, building a reputation for handling high-octane films in the action/thriller/horror space, focusing on cast, director, and filmmaker driven content.

Launched in 2020, The Avenue is HFG’s US distribution division and handles all aspects of distribution, from theatrical through home entertainment to television/SVOD. The Avenue is dedicated to partnering with filmmakers and leading them into innovative ways of marketing and distribution so their stories can reach the widest audience. The Avenue has also signed an agreement with Paramount Home Entertainment to handle Blu-ray™, DVD, VOD, and Digital distribution. Films released under The Avenue label will be a combination of film titles from Highland Film Group as well as third party acquisitions.