February on Horror Channel keeps genre fans alive with the UK TV premiere of WHAT KEEPS YOU ALIVE – another suspenseful knife to the throat of 21st Century genre cinema from the deliciously warped mind of Colin Minihan, director of It Stains The Sand Red. 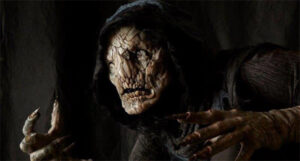 It was supposed to be just an urban legend. On a snowy night in her grandmother’s sprawling mansion, teenage Alex and her best friend Miles discover a mysterious box hidden away in the attic. Inside are instructions for The Midnight Game, an ancient Pagan ritual said to summon the players’ greatest fears. It all seems like harmless fun—until they unleash the terrifying spirit of The Midnight Man, an unholy force who pits them against their darkest demons and dares them to survive. 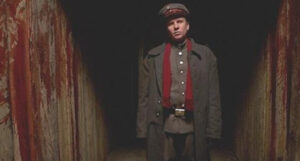 In the final days of WWI a shell-shocked tunneller leads an Allied team into a hidden German base…one hundred feet below the trenches. The Germans have lost control of a highly contagious biological weapon that turns its victims into deranged killers. The Allies find themselves trapped underground with hordes of the infected, a rapidly spreading disease and a team of German Stormtroopers dispatched to clean up the mess. The only thing more terrifying, is what lies beneath it. 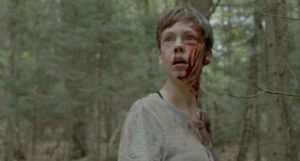 On the eve of their one-year wedding anniversary, Jules and Jackie become embroiled in a merciless fight for their lives when they find themselves pitted against the most unexpected of adversaries. As violence reigns down upon their idyllic forest getaway, the two women engage in a frenzied psychological and vicious battle that will test the very limits of their instinct to survive. 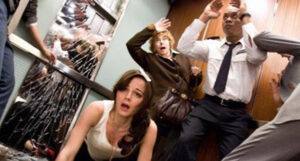 Five strangers’ day begins with an elevator ride in a Philadelphia office tower. But, what happens next is anything but ordinary. The elevator gets stuck, and the trapped passengers, who expected to be together just a few minutes, now face the revelation of their secrets and transgressions. Frightening events turn annoyance into terror, as they begin to realise that one of them is Lucifer himself. This supernatural thriller is based on a story by M. Night Shyamalan, who also produced the film. 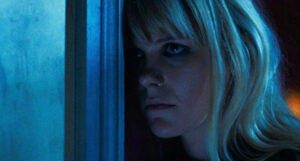 Bobbi Johnson (Hannah Arterton) is a young literary sensation facing her difficult second novel. Already dealing with a crazed stalker and her junkie ex-boyfriend, Bobbi is convinced by her publisher to use new smart editing software and finds herself going head-to-head with an artificial intelligence determined to write her book for her. Bobbi must keep writing, fighting her own addictions and hallucinations as she rushes to beat her deadline without selling her soul in the process. This dark sci-fi horror also stars Jenny Seagrove, Tom Conti and Rosie Day. 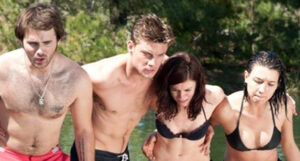 A group of college kids are staying at a riverside cabin in the woods for a weekend of fun. Little do they know they are right next door to a lodge of beavers mutated by toxic waste into rabid zombie critters? The ferocious fur flies and the blood flows as the terrified friends planned romantic liaisons get hampered by the rampaging rodents on a flesh-eating frenzy.

Shriekfest Reveals its Second Batch of Feature Films for the 2018 Festival!