Jinga Films is pleased to announce that it will launch supernatural thriller THE GHOSTS OF MONDAY during this weeks Berlin Film Festival and European Film Market. 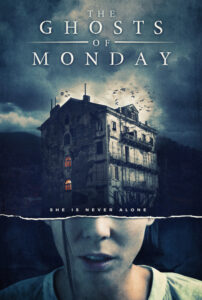 Directed by Francesco Cinquemani (Eye For An Eye) THE GHOSTS OF MONDAY stars Mark Huberman (Vikings Valhalla) as a television director who becomes embroiled in a supernatural conspiracy after traveling to Cyprus to make a tv pilot about a haunted hotel. Julian Sands (Warlock), Marianna Rosset (SOS), Elva Trill (Jurassic World:Dominion) and Anthony Skordi (Onassis) also appear in what is being touted as Cyprus’s first home grown horror film.

Produced by Loris Curci (Nightworld), Marianna Rosset and Vitaly Rosset of Altadium Group, THE GHOSTS OF MONDAY employs Cypriot folklore and mythology in its depiction of the occult events that transpire at the hotel.

“A haunted hotel, an occult conspiracy, a Dario Argento style set-piece murder and a creature in the basement. What more could a horror fan wish for” said Jinga’s CEO, Julian Richards

THE GHOSTS OF MONDAY was financed using the Cyprus Tax Scheme which offers producers a rebate of 40% on local spend.

Produced during lockdown, the film made full use of the St Raphael Resort hotel in Limassol, which had been forced to close due to the pandemic.