Armed with a gun and a single silver bullet, one woman must try to survive the three-night cycle of the werewolf in The Haunted and the Hunted. Presented without any dialogue, the post-apocalyptic horror film promises to be a unique take on werewolf lore. 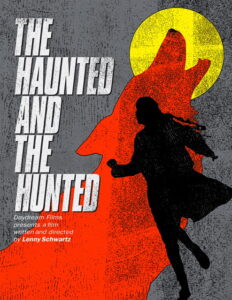 The Haunted and the Hunted is currently crowdfunding on Indiegogo. Backers have the opportunity to become involved with the production, including appearing on screen as a dead body. Other perks include producer credits, premiere tickets, and more.

“I first started writing this film in 2015,” notes Schwartz. “After refining it for years, I finally decided I had to direct it. When I met Sheri Lee, the picture was complete in my head. I have thought about it nonstop since, and I won’t stop until the premiere.”

The Haunted and the Hunted is scheduled to begin shooting this fall in Rhode Island for a 2023 release.