May sees the welcome return of the Southend-on-Sea Film Festival (26-29 May), an annual celebration of movie making from across the globe. This year’s jam-packed programme is a true delight for film fans, with cinema classics, documentaries, insights into the history of Southend and an emphasis on putting independent film makers in the spotlight.

The festival’s black tie curtain raising Gala night on Thursday 26 May, will see acclaimed Irish actor Colm Meaney in Southend for a screening of his compelling 2021 drama There’s Always Hope. 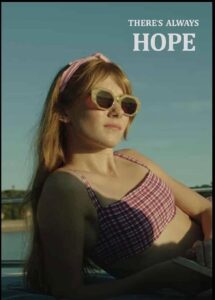 He stars alongside Kate Ashfield in director/screenwriter Tim Lewiston’s film as successful author Jonathan Stack, who has been so obsessed with trying to write his hit novel he’s let his marriage break down. Frustrated, wife Samantha announces she’s leaving him. Shocked and dazed, Jonathan drives his ancient Jaguar XK150 to the family villa in Portugal. Enter Hope (Hannah Chinn), their young daughter, who pursues her father to find out what’s gone wrong. However, she finds out that the truth is more complicated and unexpected than she thought.

Fans of classic Hollywood films will be able to enjoy treasures across the weekend including Rock Hudson and Doris Day in Lover Come Back (1961), Fred Astaire and Ginger Rogersin The Story of Vernon and Irene Castle (1939) and the ever suave George Sanders in Bluebeard’s Ten Honeymoons (1960).

There’s plenty of international cinema to enjoy with films from Germany, France, Japan, South Africa and Norway on the bill. Finland is represented by Inspector Palmu’s Error – an infamous tycoon is found dead in his indoor pool, and Inspector Palmu is summoned to investigate. This wonderfully exciting black comedy from 1960, the first in an acclaimed series, was voted the best Finnish film of all time by the country’s film critics in 2012.

For those who enjoy real life stories, there’s plenty of documentaries to explore, including A Long Story, a brand-new documentary charting the history of Southend’s most celebrated landmark – the world’s longest pleasure pier. Rebel Dread (2020) is a fascinating documentary about the legendary Don Letts, the musician, DJ and film director who came to prominence as videographer for The Clash, and many others. Hauntingly beautiful Italian documentary Pescamare (2019) profiles the fishermen who sail out of small ports in Italy to face the challenges of the oceans – and who wouldn’t have it any other way. Magnus – a 2016 film from Norway – explores the drive, passion and individuality of chess prodigy Magnus Carlsenwho became a grandmaster at 13 and world champion in 2013.

Local filmmakers are well represented, including an event called Made in Southend with a whopping twelve locally made short films for people to enjoy. Also being screened is Conversations in Lockdown – filmed in Essex by Elyza Mells, this powerful study is an intimate and honest discussion between the director and people she is close to who reveal their thoughts and feelings about the first UK pandemic lockdown in Summer 2020. In By the Dome It’s Known: The Kursaal Story local film historian Chris Izod will use archive film and photographs to explore the history of our world famous amusement park including recollections of Eric the Whale, Al Capone’s famous ‘killer’ car and the world-renowned Tornado Smith and his Wall of Death.

The closing Gala on Sunday 29 May is a celebration of 50 years in showbusiness for Festival Patron, the renowned actor Phil Davies. There will be a screening of the powerful drama I.D., which he directed in 1995, which follows four policemen who go undercover to infiltrate a gang of football hooligans, hoping to identify their leaders. However, for one of the four, the line between ‘job’ and ‘yob’ becomes ever more unclear. Phil will be joining the Gala event, and he will talk candidly about his amazing career in a Q&A following the screening. 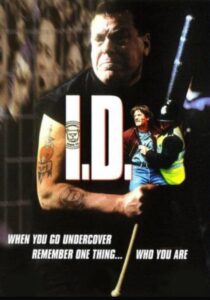 Commenting on the various strands to this year’s Festival, Director Paul Cotgrove says: “It may be a bit of a cliché, but I do believe there’s something for everyone in this year’s programme. From documentaries to gritty beat-em-up movies, heroes of cinema to award-winning films from around the world, the festival represents almost every aspect of movie making. Of course, at the festival’s heart is the opportunity to see new work by leading independent film makers covering a broad range of themes, subjects and genres. These elements are what makes the festival very special and essential viewing for all kinds of movie fans.”

For full listings, details about venues and where to buy tickets, go to www.southendfilmfestival.com