Dan Jones and Jesse Pollack’s powerful The Acid King, the story of Ricky Kasso, an American teenager who murdered his friend, Gary Lauwers, in an alleged “Satanic sacrifice” during the summer of 1984, comes to Blu-ray September 29 from Wild Eye Releasing. 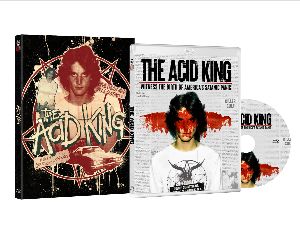 Blu-ray extras will include: