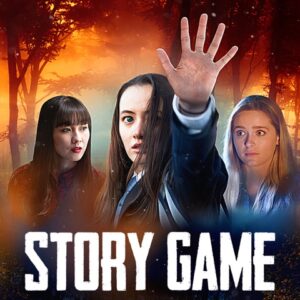 Story Game, a Screambox Exclusive, is a frightening anthology that blurs the lines between reality and fantasy. On a camping trip in Hawaii, three fine art students make a bet: who can tell the best supernatural story? According to the rules, each tale must have three items: a metaphysical piece, a character with green eyes, and a Japan location. The three young campers try to outwit each other, as they bring three famous Japanese ghost stories to the world, and things take an eerie turn as each tale takes them deeper into the Story Game. The film stars Greer Grammar (Ted Bundy: American Boogeyman, Deadly Illusions), Alberto Rosende (Chicago Fire, Shadowhunters), Ayumi Ito (Tokyo Vice) and Lyrica Okano (Marvel’s Runaways).

Written and directed by Jason K. Lau (The Tempest, Terrace House: Aloha State), Story Game was shot on location in Hawaii and Japan. The film was produced by John C. Ching, Deborah Y. Lau and Nicole M. Lau, with Jason K. Lau also acting as Executive Producer. The film premiered at the Hawaii International Film Festival and will release on Demand & Digital and stream exclusively on Screambox June 21. 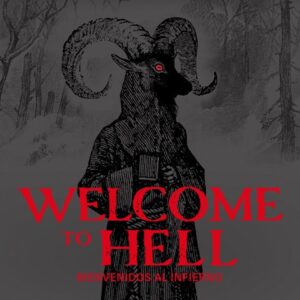 Welcome to Hell (Bienvenidos al Infierno), a Screambox Original, follows a terrified mother-to-be who is desperate to escape her murderous ex. The Argentinian horror film, directed by Jimena Monteoliva (Clementina), premiered at Sitges Film Festival in Spain before screening at the Buenos Aires International Film Festival.

Desperate to escape the dangerous and deadly leader of a satanic death metal band, mother-to-be Lucia moves to a remote cabin in the forest with her grandmother. Though safe in her surroundings, she is haunted by his memory and knows he will stop at nothing to track her down.

Written also by Camilo De Cabo, the writer and director previously collaborated on the award-winning film Kryptonite. Executive Producer Florencia Franco has also worked with Monteoliva, producing her 2019 thriller To Kill the Dragon (Matar al dragon). Welcome to Hell (Bienvenidos al Infierno) is available on Digital and streaming exclusively on Screambox on July 12.

RAVEN BLACK Revels in Brutal Metal Cover of Iconic NIGHTMARE BEFORE CHRISTMAS Opening “This is Halloween”!