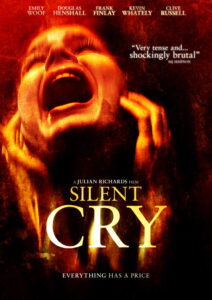 that will have you at the edge of your seats”

Julian Richards inspiration for SILENT CRY came from American conspiracy thrillers of the 70’s including Parallax View, Marathon Man and Three Days of the Condor. He also acknowledges a debt to Alfred Hitchcock (Vertigo) and Michael Chrichton (Coma).

The soundtrack for SILENT CRY was composed by David Murphy (28 Days Later) and includes music from The Cranberries, Morcheeba, The Chemical Brothers and Tricky.

SILENT CRY is exclusively available to rent or download from Amazon USA and Amazon UK.

“Those Who Walk Away” Coming to U.S. Theaters and VOD