Upon discovering alcohol, the drunken king Oeneus forgets to honor Artemis at first harvest. In revenge, the angry, man-hating goddess sends a monstrous wild boar to ravage the kingdom of Calydon. The king organizes a party of the greatest heroes in Greece to hunt the animal. Will one of the men make the kill, or will they be humiliated when the prize goes to a woman? 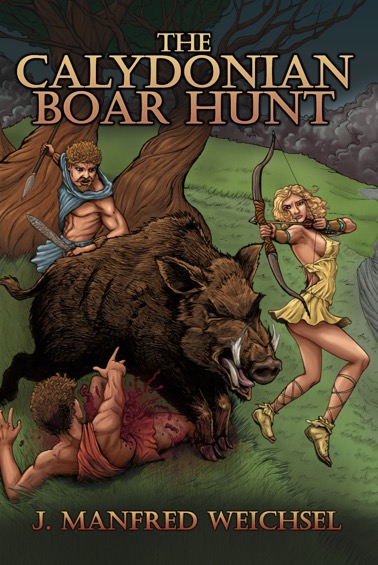 International readers can use the Universal Book Link.

The Calydonian Boar Hunt features one of the coolest monsters in all of Greek mythology, the Calydonian boar. This fire-breathing killer boar has hairs as sharp as spears and impales its foes with tusks as large as an elephant’s. This is a monster you don’t want to mess with, and it leaves a trail of death and destruction in its wake.

Get The Calydonian Boar Hunt today and be one of the first to read this hilarious new adventure based on a classic Greek myth.

Exclusive Interview with the Director of “Bonejangles” Brett DeJager