Press Release
July 3, 2022July 1, 2022
Posted By: HorrO 0 Comment horror, Press Release, promote horror, Spread the Horror, THEY LIVE IN THE GREY will be released on VOD Digital HD and DVD on July 26th 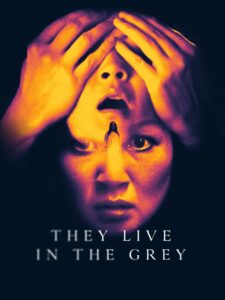 THEY LIVE IN THE GREY

Directed and written by The Vang Brothers (Bedeviled, Sentient), THEY LIVE IN THE GREY stars Michelle Krusiec (Ryan Murphy’s “Hollywood,” “Hawaii Five-0”), Ken Kirby (“Good Trouble,” “Dynasty”), and Madelyn Grace (Don’t Breathe 2, “Grey’s Anatomy”). The DVD will be available for an SRP of $27.97.

In THEY LIVE IN THE GREY, while investigating a child abuse case, a clairvoyant social worker discovers that the family is being tormented by a supernatural entity. In order to save the parents from losing the custody of their child, she must confront her own fears and use her ability to stop the malevolent force.

Check out the trailer: https://youtu.be/lDrVDdlna2Y

The Bonus feature on the DVD is a Behind-the-Scenes Photo Gallery.

THE EYES OF MY MOTHER – Critics’ Pick NY Times