One of the top-rated genre film festivals on Film Freeway opens for submissions on July 1, 2022 with a special month-long entry discount for science fiction, horror, fantasy, action, and fan film filmmakers from across the globe!

Filmmakers from across the globe should submit their genre shorts, webseries, music videos and trailers for an opportunity unlike anything else.

GeekFest has survived the pandemic, pivoted and after almost two years, is excited to bring GeekFest back to physical conventions across the country in 2023 with a restructured film festival with even more winners per event.

Our goal for year 10 is ten events across North America in 2023! 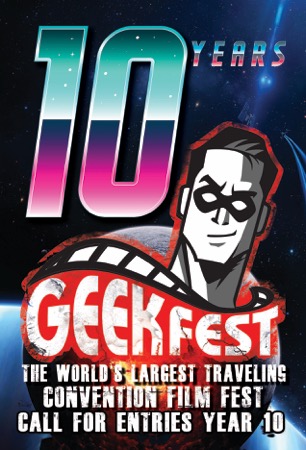 GeekFest is a film festival and comic convention event with multiple tour stops throughout the festival year. It allows filmmakers to take part in conventions across North America and participate in panels, promotions, booth space and the opportunity to win awards at every tour stop.

Filmmakers receive marketing and promotional opportunities for an entire year…for only one entry fee!

Screen your genre indie film where your film has a built-in audience of sci-fi, horror, fantasy, action, and fan film fans and be a part of pop culture events unlike any event out there!

In the first nine years, GeekFest has programmed in over 50 comic conventions with a combined attendance of over 6 million, with screenings that have been watched by over 50,000 attendees.

Submit Early and save money on the entry fees!
http://bit.ly/GeekFestFF

Come for the Film Festival, stay for the Comic Convention!