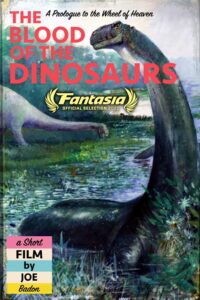 Cosmic Family Films is thrilled to announce the selection of ‘The Blood of the Dinosaurs’, a short surreal genre-bending horror comedy starring Vincent Stalba, Stella Creel and Kali Russell, and directed by Joe Badon at the 2022 Fantasia International Film Festival.

‘The Blood of the Dinosaurs’ is an Adult Swim style surrealist Kids’ Show for deranged adults and follows a lonely Children’s Show host, Uncle Bobbo, as he teaches children where oil comes from.

Joe Badon directs this short film, as a follow-up to his award winning features ‘Sister Tempest’ and ’The God Inside My Ear’. 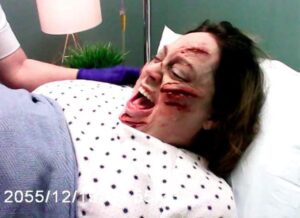 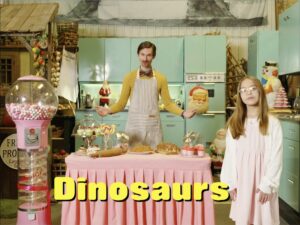 You can check out The Blood of the Dinosaurs at the Fantasia International Film Festival Tuesday July, 19th!

First Stills from “Tales of the Creeping Death”

“Night of Something Strange” Comes to a Proper Home on VHS – AVAILABLE NOW!