WHO LIVED IN YOUR APARTMENT BEFORE YOU? 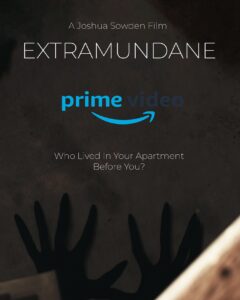 After the strange disappearance of a Building Manager in a Los Angeles apartment community, Trevor Wilkinson accepts the job opening. During the pandemic lock down of 2020, Trevor begins uncovering a dark history about his new apartment building. Little did he know, the truth about the figure that lurks in the dark is part of something much more sinister.

Directed and written by: Joshua Sowden

“Suspenseful, scary, surprises. All the elements of a really good horror film are here and this movie really delivers on them. It’s a story that totally pulls you in and is also great to look at. The pandemic backdrop might be a buzzkill in less skilled hands. But the sense of off-ness and isolation that it brings to this story makes it completely work. Terrific acting and storytelling combine to make this a riveting horror film!”

“A really enjoyable thriller that just goes to show you do not need to spend millions to produce a taught, visually stunning film.”

“Extreme close-ups were mesmerizing and gave us insight into the inner life of the characters, which only worked because the actors were so good. Kudos to Joshua Sowden who did it all…screenplay, director, camera, editor.”

“This movie was awesome. Not only does it keep you guessing. But its a super creep fest. It has none other than Vincent Coppola in it but also the amazing Brant Rotnem in it. He did a amazing job as well. Highly recommend if you are a thriller horror movie buff like I am.”

“Very good film and a fun watch! Loved all the performances; Jerry was very unsettling. The director does a great job of keeping the toe-curling, suspenseful feeling you crave from the first half of horror movies alive throughout the whole experience, while still letting the horror build into a crescendo. A+!!”

Those are just a few of the amazing reviews this independent horror film is getting! Now it’s YOUR turn to watch it today on: 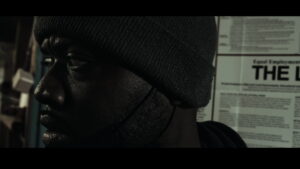 More Information About the Film:

Background: This micro-budget (3.5k) horror film was shot with a 1 man crew (Joshua) and he did everything in post productions minus the sound mixing, sound design, foley and the music. It was years of work to put together in post.

If you enjoyed the film then don’t miss director/writer Joshua Sowden talk about:

Making Extramundane – How I made my horror feature film as a 1 man crew!

Behind the Scenes Pics: