Short Synopsis:  A troubled teenager is taken to the peace and quiet of the country side by her father and step mother in an effort to calm down her wild streak. But after she crosses the infamous McKinley family, it becomes clear that sometimes danger lies hidden in the weeds, ready to strike at any moment. 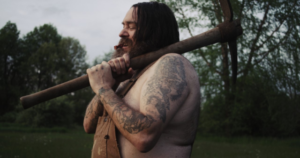 Ash and Bone was written by Bret Miller who also wrote Beneath Us All for Wallen.  Painted Creek Productions, Cama Productions and Auburn Moon co-produced the film.

After Ash and Bone captured quite the festival run as a screening finalist at such the prestigious Fright Nights in Austria, Atlanta Horror Film Festival,  and Fright Night in Kentucky as well as Mindfield Film Festival and with Wins at WSXA Barcelona, Top Indie Film Awards and Vesuvius International Film Festigious.  We just learned that Ash and Bone was awarded Best Horror Film at the 27th Annual Indie Gathering in Cleveland, Ohio and this will be your last chance to screen it at a film festival August 12-14th in Cleveland Ohio.  Deskpop Entertainment announced the VOD release for October 4th in the US also landing a full release in the UK with their foreign sales agent Luvit Media Sales. 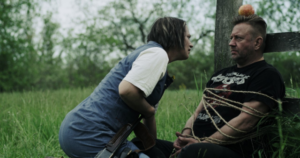 With the festival accolades wrapping up Wallen shared some of his thoughts “This was one of the films that as we were shooting it we had a really strong sense that we were making something very special, so much so we stayed after long shooting days just to watch what we shot for the day in awe!”  Wallen also talked about how impressed he was with the actors involvement in the character development.  He says “It felt like when I discussed the characters and how I wanted things they just found a way to become even better and then compounding with each actor adding to it all it became a magic potion that makes it feel like an instant classic”. Wallen also credits his Director of Photography Alex Gasparetto (Tale of Tails) meeting the challenge head on adding valuable shots and ideas Wallen also feels are what really takes it to a new level.

Pending the full pre- Halloween release we are all anxiously anticipating Ash and Bone to see if all the hype is warranted…. I guess we find out October 4th on virtually all major VOD outlets in North America.

A Cry Wolf Novel, Book One: THROW ME TO THE WOLVES Coming Out May 2022