IN THE VEIN OF EVIL DEAD 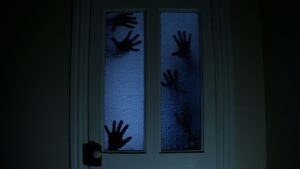 Mason McGinness has always been good at finding ways to cheat people into making a sale. When his life falls apart on one terrible day, Mason finds a small realty company that needs someone to sell a piece of property considered “unsellable”. The catch? It is the infamous Scarlett Clay house — a haunted house where anyone who inhabits it ends up dead. Now, with his wits and the help of a quirky psychic, Mason must find his humanity to get his life back… or die trying.

“For Sale is a love letter to supernatural horror films, and the excitement of being scared. The film delights not just in its set-pieces, but in its characters — we tried to focus specifically on how comedy comes from character, and how a character’s flaws inform the direction of the story. Ultimately, we wanted to create something that doesn’t rely on dark material or ways to shock the audience, but a film that is simply fun.”

Please help them complete this film, and bring it to horror fans like YOU!

-Special thanks in the credits

-Get props from the film

-Tickets to the premiere 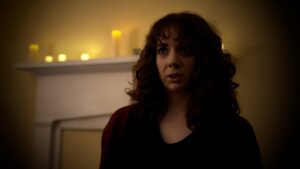 Visit For Sale on Indiegogo to…

-Find all of the available perks