Screambox original film PussyCake will stream exclusively on Screambox on August 30. The Argentinian splatterfest will also be available on VOD platforms via Cinedigm. 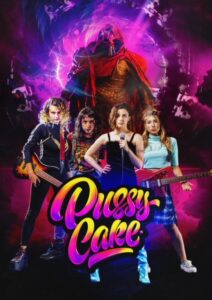 In the movie, a struggling all-girl rock band kicks off a new tour, hoping to rekindle their popularity. When they catch the attention of horrors from beyond our reality, the band realizes that being forgotten by their fans is the least of their problems. 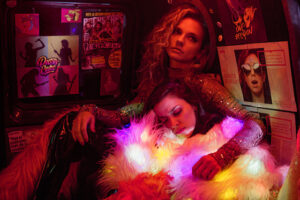 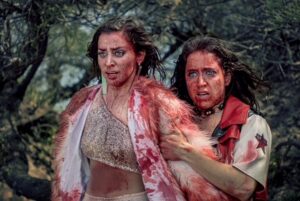 PussyCake premiered at Buenos Aires Rojo Sangre in December, earning the Audience Award for Best Feature. It has drawn comparisons to the likes of Evil Dead, Predator, Return of the Living Dead, 28 Days Later, and Motel Hell.

“PussyCake is a wild and crazy ride that delivers all the bloody goods, and we’re excited to share the chaos with horror fans on Screambox and beyond,” says Cinedigm Manager of Acquisitions Brandon Hill.