Scream All You Want 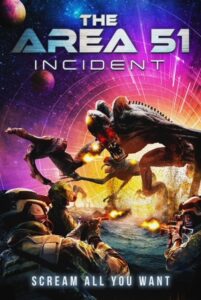 Area 51 harbors a dark secret; A wormhole strengthening over the last 50 years. Alien creatures escape and over-run the facility, the survivors take refuge in a nuclear bunker, but before long the alien invaders have made their way inside. Can the survivors outlast the creatures until the Military arrives?