Who wants to go camping?

It will be a fun and safe adventure… or will it? 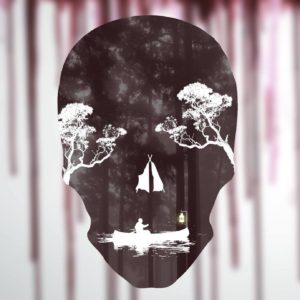 When a group of friends venture out on a camping trip, they unknowingly become the target of a twisted madman, set on tearing them apart.

More about the film…

The Lone Paddler is a 90-minute camping thriller/slasher film set completely in the beautiful landscape of Northern Ontario. This coming of age story challenges the bonds of friendship in a survival story of slasher proportions. Think Indian Summer meets The Grey meets Friday the 13th.

Though on the surface The Lone Paddler offers a typical setup for a horror/slasher, our story takes you deep into the lives of 4 twentysomethings. Take the unrelenting aggression of Jason Voorhees and partner that with the twisted voyeurism of Jigsaw and you get…The Lone Paddler, a manipulative madman who targets groups, camping in Driftwood Park. Hinging on the dynamic relationships of our four main characters, the story is a rollercoaster of adventure from beginning to end.

Amazingly, this story has been in the making since 2001 when a young camper and camp counsellor meet during summer camp. Who better to come up with a horror film set in the woods? Here are Derek Lukosius, and Andrew Martin when they were an eleven year old camper and twenty two year old counsellor respectively… 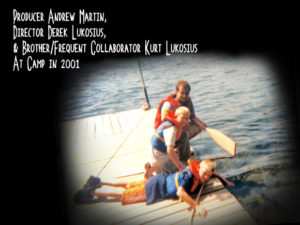 After all these years, they’ve moved from telling campfire stories to putting one on film. Now they need the help of horror fans like YOU to finish it off!

Please click the pic, and support this campaign today…

-Get a signed and bound copy of the script

-Be invited to a private screening of the film at our real Driftwood Park shooting location in Cardiff Ontario!

And how about this…

-Get your production logo at the start of the film and the sole “Executive Producer” IMDB credit. Also, a four day, all inclusive camping trip in Algonquin park for up to 6 people, led by THE LONE PADDLER himself!

Visit “The Lone Paddler” on Indiegogo for more information including…

-More on how Derek and Andrew started this story at camp

-All of available perks

-A video message from Derek and Andrew

-A closer look at the cast and crew

Don’t forget to support the film on… 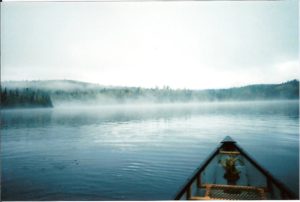