The Blindfold Challenge encourages people to challenge three friends to perform a task while unable to see, then upload the video on social media.

Monks, who lost his sight in 2002 due to diabetic retinopathy, is 100% blind, and is the world’s first (and only) blind film director. He received the Achievement in Cinema award at the Gasparilla International Film Festival, and his groundbreaking debut feature, The BUNKER, has been distributed worldwide.

“Making history is awesome. But I don’t want to just be the world’s first blind director,” Monks said. “I want to be the world’s first formerly-blind director, which is a big reason why I’m behind this campaign.” Monks is honored to be an advocate for those affected by retinal disease, and hopes his efforts to, uh, scare up attention for the more than 10
million Americans who live with varying levels of blindness.

“This is a cause that’s near and dear,” said Monks. “The odds are against me ever seeing my own film. But this campaign is going to get me, and many others, closer to leaving the darkness behind. At least, the non-fiction darkness.”

For full details on the #HowEyeSeeIt campaign, visit howeyeseeit.org and
joemonks.com to see more videos.

Official trailer for the #HowEyeSeeIt campaign 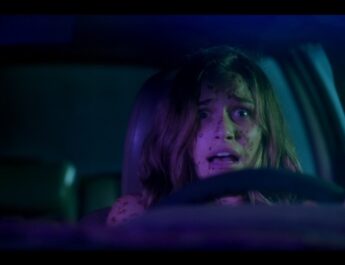