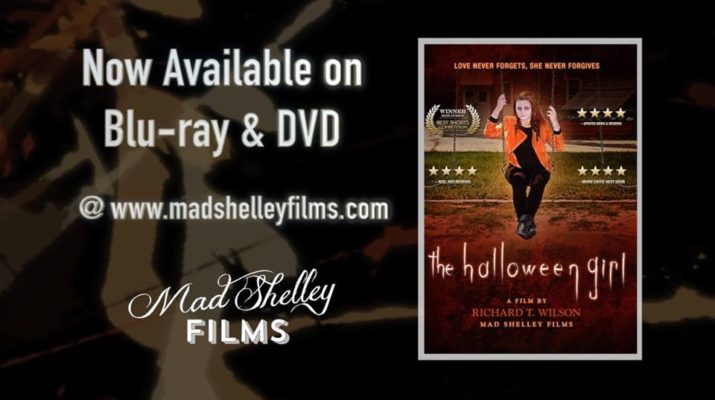 Halloween is almost upon us, but Mad Shelley Films is bringing horror fans a treat for the whole of October: their award-winning film The Halloween Girl is free to view on Vimeo and YouTube from October 1.

The Halloween Girl won a Gold Remi at the 49th annual Worldfest-Houston International Film Festival, and an Award of Merit in the Best Shorts Competition 2015 . The film was also a semi-finalist at Shiver 2016 and an official selection at the LA Independent Film Festival Awards in January 2016.

Founded by Emmy® Award-Winning Writer-Filmmaker, Richard T. Wilson, Mad Shelley Films was born of the filmmaker’s love of classic ghost stories (‘A Christmas Carol’, ‘The Turn of the Screw’) and his passion for shining a light on troubled souls, and the tortured spirits that relentlessly pursue them – in this world and the next.

“I’ve always been interested in creating these little worlds – almost everything I write takes place in a small town, for instance. There’s just something about small towns that conjures ghosts for me,” says Mad Shelley Films’ Richard T. Wilson.

“There are always that quiet few hiding away from the world there – just begging for a good, old fashioned supernatural reckoning! So, whether it’s Marie in ‘The Halloween Girl’ or Jackie in our new web series, ‘Under the Flowers’, I love writing about people running away from something (usually themselves!) -only to find a ghost or two waiting for them at the end of the drive.” 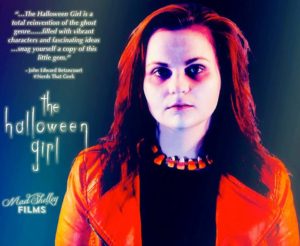 Synopsis: Ten years after her tragic death on Halloween night, Charlotte begins to reappear to her mother, Marie, in a series of nightmares – or are they? Only adding to her distress is the news that her young son, Luke, now has a mysterious teenage friend he calls ‘The Halloween Girl’ – and her name is Charlotte. Has Charlotte really returned – and is Marie’s dark secret now in danger of being revealed…?