The Blood in the Snow Canadian Film Festival (“BITS”) is proud to announce its 2016 line-up, showing a record number of 33 films (9 features and 24 shorts) over 14 exciting programs. The Festival runs this year from November 24th to the 27h, 2016 at its new location at Cineplex Cinemas Yonge-Dundas in Toronto ON.

On Saturday, November 26, Thom Ernst, known for TVO’s Saturday Night at the Movies, is hosting “Making Movies the Canadian Way”, a panel with legends of Canadian horror, which will be filmed for the Bell Fibe TV-1.

The Festival also has the return of the fan-favourite BITS SHORT FILM SHOWCASE at primetime on Saturday night, Canadian indie giant Black Fawn Films close the Festival with the Toronto Premiere of THE SUBLET.

Festival passes are $85 and Industry Passes for the educational panels are $40. Individual tickets will be on sale soon.

7:00 pm – OPENING FILM
24×36: A MOVIE ABOUT MOVIE POSTERS (dir. Kevin Burke)
TORONTO PREMIERE
This new documentary looks to explore how the beautiful movie posters from decades past gave way to the generic designs of today, and how fans and inspired artists have resurrected the art form.

9:30 pm
CAPTURE KILL RELEASE (dir. Nick McAnulty)
TORONTO PREMIERE
A couple plots to murder a random stranger just for the thrill of it, but things turn ugly when one of them decides not to go through with it.

Opening with the short film MY BROTHER CHARLIE (dir. Evan Hamza)
TORONTO PREMIERE
Bored and without a friend in the world, a young boy eagerly waits for his little brother to return home from a psychiatric facility for violent children.

Midnight – BITS GRINDHOUSE AT MIDNIGHT
HOLY HELL (dir. Ryan LaPlante)
TORONTO PREMIERE
HOLY HELL is the over-the-top, outrageous, sexually-deviant, blood-drenched story of Father Augustus Bane: a priest pushed too far who begins praying to a revolver and hunting down the gangsters who killed his parishioners. Having been described as “DEATH WISH meets THE TOXIC AVENGER, by way of HOBO WITH A SHOTGUN”, HOLY HELL is a modern take on classic Action, Horror and Exploitation film tropes. The goal of this feature length movie is to break through every limit set by film, taste and reasonable societal behavior: all with anarchic glee.

Opening with the short film INFERNO (dir. Dionne Copland)
TORONTO PREMIERE
The new girl at club INFERNO, Bambi, struggles to fit in with the other dancers. Meanwhile, Jason, arriving to celebrate his 18th birthday, is nervous, but wants to fit in with his boisterous, much more experienced friends. Bambi and Jason cross paths, with Bambi finally able to take the plunge, but this lap dance may be more terrifying than Jason originally expected.

2:00pm
MAKING MOVIES THE CANADIAN WAY LIVE TV PANEL – 2:00 pm
Join host Thom Ernst for a special panel with some of the legends of Canadian genre cinema. This panel will be recorded for a two-part TV special for Bell tv-1. Guests to be announced soon!

Opening with the short films:

STILLBORN (dir. Tyson Carlson)
TORONTO PREMIERE
Follow the back roads. Look for the signposts that guide you to her. Find the old house in the shadow of a dying oak. The house of pleasure. The house of sin. Don’t forget to bring an offering.

NO TRESPASSING (dir. Charlie Lawton)
WORLD PREMIERE
A girl walks into the woods, and feels like she is being followed by a unseen evil.

THE FIGHT (dir. Clint D’Souza)
A couple having a fight in parallel timelines, but what is really happening?

A QUIET MOMENT (dir. Steve Villeneuve)
A mother learns that, even on a quiet night, parenthood can be full of dark surprises.

IT WANTS TO BE BORN (dir. Fil Santos)
Following a traumatic incident, a young woman embarks on a journey of sex, violence, and self-discovery.

THE JOGGER (dir. Jay Randall)
An overweight man, obsessed with shedding some pounds and calorie counting, has his sanity destroyed by evil fitness freaks on the jogging trail with horrific results. This oddball comedy will make you question ever going for a jog again.

STORM OF THE CENTURY (dir. Renaud Gauthier)
From the Director of BITS14 Best Feature, Discopath, a young man’s tropical dreams are shattered by a violent change in the weather.

MRS. RAFFERTY’S RED RED ROSES (dir. Greg Kovacs)
The Post-Lifers team are back in their record 5th entry in BITS. Mrs. Rafferty meets an intriguing door-to-door salesman who might help her to solve a little problem.

SUMMONED (dir. Victoria Angell)
In order to stop her abuse at home, Amanda decides to summon a demon for help. What she gets is not what she wanted, but it is exactly what she asked for.

BROTHER(S) (dir. Nick Pusic)
A young boy who has lost his brother, wishes him back to life.

EVERYBODY KNOWS ME (dir. Reuben Ward)
Struggling with the realities of marriage, fatherhood and the spectre of his past, Don Biggs does all he can do maintain his reputation, and his sanity.

ENGINEERS (dir. Tyler Williams)
A short snapshot of a dystopian, post-apocalyptic world, where 3 engineers conduct an experiment… on a dead body. An ode to the silent era of horror, and Mary Shelley’s Frankenstein.

WHAT DO YOU SEE (dirs. Charlie Hamilton and Zach Ramelan)
A damaged, young woman visits a hypnotist to get answers for a recent string of hauntings.

MADRE DE DIOS (MOTHER OF GOD) (dir. Gigi Saul Guerrero)
A woman wakes up bound to an altar, helpless as she is transformed into a flesh and blood statue of Santa Muerte by two elderly Brujos whose sole purpose is to conjure the anti-Christ into our plane of existence.

9:30pm
THE UNSEEN (dir. Geoff Redknap)
TORONTO PREMIERE
A man who abandoned his family now risks everything to find his missing daughter, including exposing the secret that he is becoming invisible.

Opening with the short film “INGRID AND THE BLACK HOLE” (dir. Leah Johnston)
TORONTO PREMIERE
Ingrid and her best friend Conrad experience a lifetime of memories together when they imagine what it would be like to travel through a black hole.

Opening with the short films:

GLIMPSE (dir. John Nicol)
TORONTO PREMIERE
A madcap horror short exploring the damaged mind of a cinephile and the madness he succumbs to.

CONSTANCE (dirs. Ian Pozzebon & Kevin Prystanski)
TORONTO PREMIERE
Following a break-up with a long-term boyfriend, Sam moves into a basement apartment with her friend. A series of terrifying dreams and sleepless nights leave Sam exhausted, disturbed and determined to figure out what exactly is in her bedroom wall.

Opening with the short film TIK TIK (dir. Larica Perera)
TORONTO PREMIERE
Fearful villagers gather at the bedside of a woman nearing labour as they prepare for the presence of a sinister creature.

4:30pm
INSPIRATION (dir. Jason Armstrong)
WORLD PREMIERE
When a young author moves to an isolated town to return to her horror roots, bad things begin to happen. An accident leaves her questioning her grip on reality, but perhaps something more sinister at work?

Opening with the short film TAKING POSESSION (dir. Peter Campbell)
WORLD PREMIERE
Powers within an isolated century-old farmhouse force its new owner to battle his mind, his conscience, and the memories of the house itself.

7:00pm – CLOSING FILM
THE SUBLET (dir. John Ainslie)
TORONTO PREMIERE
Joanna, a new mom coping with her baby in an odd sublet apartment as her husband neglects her to focus on his career. Joanna begins to question her sanity as she suspects that the building is haunted. As the walls literally close in on her, she discovers a violent past to the apartment, but is it postpartum depression or does this building want Joanna to give the most ultimate sacrifice

Opening with the short CAUCHEMAR CAPITONNÉ (dir. Jean-Claude Leblanc)
TORONTO PREMIERE
When J.-F. is inexplicably drawn to the chair in which a man committed suicide, style isn’t the only thing the leather antique brings to his home. 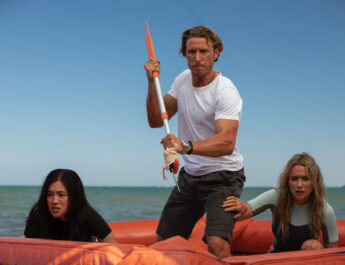 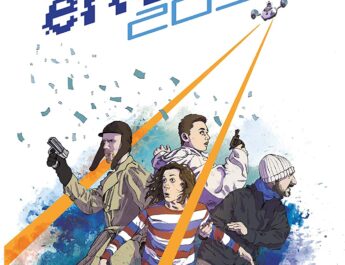