Hell is Full, the zombie movie that MAXIM MAGAZINE listed as “One of the Best 66 Horror Films You’ve Never Seen” is now available on Amazon and is FREE to all Amazon Prime members.

It is also available on Amazon in the UK, Germany & Japan.

Friday the 13th writer, Victor Miller refers to Hell is Full writer & director, Steve Hudgins as
“a horror-meister to reckon with.” Hudgins describes Hell is Full as an obscure cult favorite.
“It’s great that there’s finally a convenient and readily available outlet for everyone else to see it!”

Hell is Full which won a Tabloid Witch Award for Best Feature Screenplay, is one of 10 Feature Films released in the past 9 years by the award winning Production Company, “Big Biting Pig Productions”. 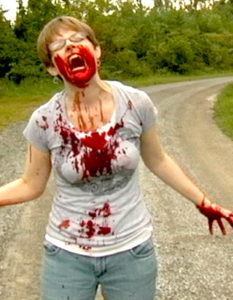 Big Biting Pig Productions’ movies are known for creative scripts with many twists and turns.

One of the notable cast members in the movie is 2016 Miss America Contestant “Miss Nevada” Katherine Kelley.

Hell is Full which was shot on a micro-budget, is considered by many to be one of the most creative zombie films ever made. 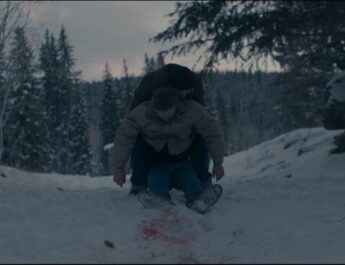 BEYOND THE WOODS Available This December!