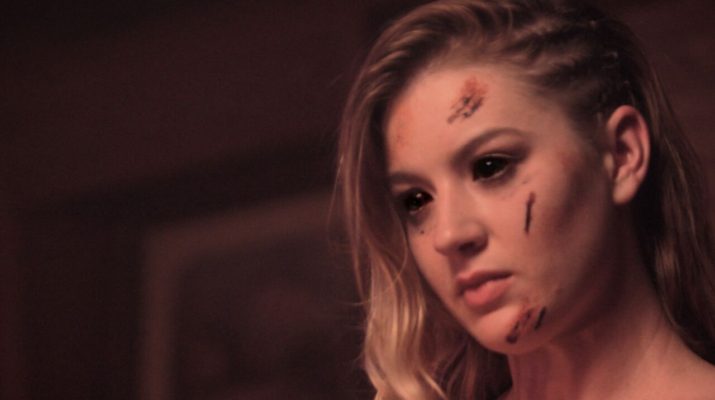 Together Magic Films will release Reel Nightmare, a Reel Nightmare LLC production, on February 7th across digital platforms in the United States.

“In the spirit of entrepreneurship, we are proud to handle US distribution and marketing for our first feature film Reel Nightmare. This is a fun horror movie we developed from start to finish, and it’s an honor to introduce it to the horror community and all movie fans.” – Says writer and director Armand Petri, who also appears in the film.

Reel Nightmare exists in a contemporary interpretation of the H.P. Lovecraft universe, with the New England-set story centered around the discovery of a Necronomicon inside a Victorian house cursed by three beautiful and vengeful witches; and the main characters depicted as students and alumni from the film program at the fictional Miskatonic University.

“The discovery of a mysterious book known as the Necronomicon brings production of a film to a deadly halt when its Miskatonic University crew awakens the spirits of three women accused of witchcraft.”

“With its Cabin in the Woods & Buffy the Vampire Slayer vibe, Reel Nightmare is a horror movie with plenty of appeal for male and female viewers alike. It features horror, humor, romance; and three powerful and seductive witches. We are excited to position our film as a date movie option just in time for Valentine’s Day.” – adds Arutyunyan.

Arutyunyan and Petri will release the trailer for Reel Nightmare on February 7th, the day it will become available for digital rent and purchase. The production duo is also excited to announce that “Bayou Horror Story,” a spin-off prequel set before the events in Reel Nightmare and shot in Louisiana this Fall; is also post-production with a prospective Spring VOD release date.

About Together Magic Films