Award-winning horror film producers and directors, Chad Archibald and Cody Calahan of Black Fawn Films, have renewed their commitment with one of the leading Canadian production and distribution studios; Breakthrough Entertainment.

The deal comes after co-producing eight successful horror genre feature films that have garnered numerous accolades at film festivals internationally as well as theatrical releases in the U.S. The extension of the partnership will feature a commitment to increased budgets and a more aggressive casting strategy. These new films will build on the unique and elevated concepts with which Black Fawn has built their reputation. 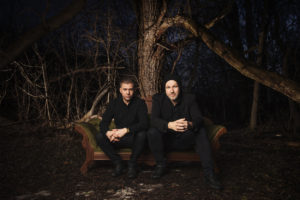 “Chad and Cody have managed to stand out in a very competitive market. We believe that they will continue to see exponential growth in their audiences and that the quality of their stories will be attractive to notable cast. With these next two pictures, Breakthrough will further propel Black Fawn’s impact with fans, and open up additional international distribution options,” said Nat Abraham, President of Distribution and Partner at Breakthrough Entertainment.

Coming on the heels of the eight picture deal that was shaped in June of 2014, Canada’s horror darlings Chad and Cody, the creative duo behind Black Fawn Films, will continue to partner with Breakthrough, who has served as an incubator for the independent horror filmmakers. Titles that have been co-produced include Antisocial (1 & 2), The Drownsman, The Sublet, Bed of the Dead, Let Her Out, and Bite which was theatrically released in the U.S. Since the inception of the multi-picture deal, Black Fawn Films has become an integral player in the horror genre on a global scale.

Chad Archibald, Writer/Director/Producer at Black Fawn Films says; “Black Fawn Films have been building something special with Breakthrough Entertainment over the past eight films. Their faith in us moving forward will strengthen the relationship between our two companies. We couldn’t be more excited about taking these new projects to the next level, and create some truly unique films for genre fans.”
-more- 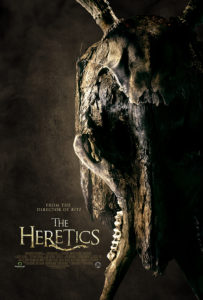 The Heretics, Black Fawn’s eighth film in the series of productions with Breakthrough, will have an early introduction to buyers with a market screening during the 2017 European Film Market (EFM) on February 14th in Berlin, prior to the film’s international festival run. Black Fawn’s next film, I’ll Take Your Dead, currently in casting phase, will mark the beginning of Black Fawn’s next steps with Breakthrough, following the market screening of The Heretics.

The Heretics features a young girl who is abducted by a man, after he claims that a cult is hunting her. His goal is to protect her until sunrise but while restrained, the young girl falls deathly ill. While her friends and family search for her, the source of her illness becomes more and more apparent. She’s not sick…she’s changing.

Breakthrough Entertainment Inc. is an award-winning producer and distributor of premium content for worldwide audiences. The entertainment studio’s operations include the development and distribution of feature films, television and digital content; international co-productions and production services. Breakthrough’s digital media division ranks amongst the industry’s most respected producers of high quality interactive entertainment on mobile and online platforms. Established over 30 years ago, Breakthrough’s library now boasts over 40 feature films and 4000 television episodes which air on major networks and digital channels across the globe. The studio has been recognized with international awards including numerous Geminis, Canadian Screen Awards, and Canadian Comedy Awards. www.breakthroughentertainment.com. Follow @breakthru_ent on Twitter.

Black Fawn Films is an award-winning Canadian film production house dedicated to bringing amazing Canadian talent together in order to create horror films for horror fans. With 15 features (Antisocial, The Drownsman, The Sublet, Bite, Let Her Out, Bed of the Dead) under their belt, Black Fawn has become a staple in the Canadian and international film industry. www.blackfawnfilms.com. Follow @BlackFawnFilms on Twitter.