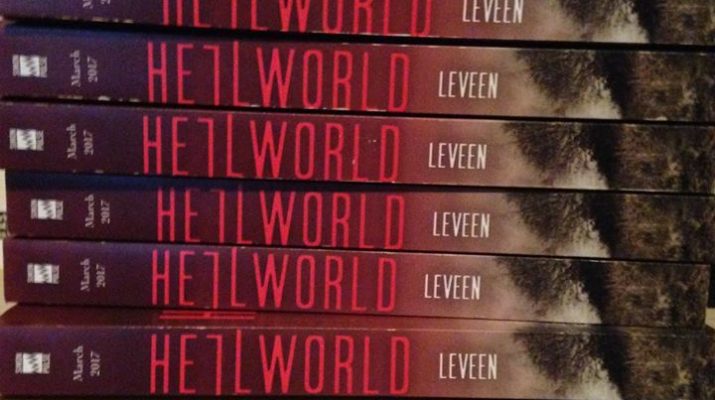 Braden’s parents should have been imprisoned for the abuses they perpetrated on him as a child. But that’s the past, and Braden’s moved on. Wife, kid, nominal success as a novelist—and no contact with his parents for years. The two of them have moved out of state, and Braden is secure with his own family in a new home. Several years of therapy have helped, too. Pushing forty, life is at last treating Braden well.

Then a box of his books is accidentally—and mysteriously—delivered to his childhood home. Ignoring his own best judgment, Braden swings by the old place with his three-year-old, Josiah, to pick up the box. In and out, super fast, no big deal.

The house has other ideas.

Apparently infected somehow by the traumas his parents put him through, the house traps Braden and Josiah with its lone occupant. It begins turning Braden’s long buried memories into corporeal horrors that threaten not only his fragile, still-recovering psyche, but the childhood of his only son.

As Josiah begins to age before his father’s eyes and inanimate objects take on lives of their own, Braden struggles to uncover what exactly the house wants from him.

Or if it is, in fact, the house that’s haunted.

From author Tom Leveen comes a taut, suspenseful novel about a girl’s abduction that leaves her best friend emotionally paralyzed, until a chance encounter points her toward the truth…and a terrifying new danger.

Sixteen-year-old Pelly has a master plan. After years of therapy, medication, and even a stint in a mental hospital, she’s finally ready to re-enter the world of the living. Pelly has been suffering from severe panic attacks ever since her best friend, Tara, disappeared from a mall six years ago.

And her plan seems to be working, until an unkempt girl accompanied by an older man walks into the coffee shop where she works. Pelly thinks she’s seen a ghost, until the girl mouths “help me” on the way out, and Pelly knows she’s just seen Tara.

Too shocked to do anything, Pelly helplessly watches Tara slip away again as she steels herself against a renewed spiral of crippling anxiety. But rather than being overcome by anxiety, Pelly feels more energized than she has in years. Determined to track down enough evidence to force the police to reopen Tara’s file, Pelly’s master plan takes a dangerous turn.

Pelly decides she cannot be shackled by her past—and the anxiety, fear, and grief that comes with it—any longer if she wants to save Tara. But in seeking answers through whatever means necessary, she’ll come face-to-face with true evil. And not all the shackles are in her head… 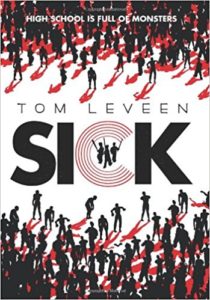 Brian and his friends are not part of the cool crowd. They’re the misfits and the troublemakers—the ones who jump their high school’s fence to skip class regularly. So when a deadly virus breaks out, they’re the only ones with a chance of surviving.

The virus turns Brian’s classmates and teachers into bloodthirsty attackers who don’t die easily. The whole school goes on lockdown, but Brian and his best friend, Chad, are safe (and stuck) in the theater department—far from Brian’s sister, Kenzie, and his ex-girlfriend with a panic attack problem, Laura. Brian and Chad, along with some of the theater kids Brian had never given the time of day before, decide to find the girls and bring them to the safety of the theater. But it won’t be easy, and it will test everything they thought they knew about themselves and their classmates. 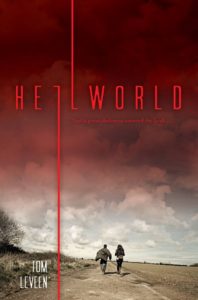 In an effort to put her family back together, a teen struggles to discover what happened to her mother who disappeared during a ghost hunt in this haunting new novel from the author of Party, Sick, and Shackled.

Five years ago, Abby Booth’s mom, cohost of a ghost hunting reality show, went missing while filming in a ‘haunted’ cave in Arizona.

Since then, Abby’s life has all but fallen to pieces, most notably because of her dad’s deep depression and how they’ve drifted further and further apart.

But now, at seventeen, Abby has decided that things will change. She plans to go to the same cave where her mom and the crew went missing and to find out, once and for all, what happened there.

With the help of the cohost’s son Charlie, and two of his friends, Abby sets off on a quest for answers…but when the group ends up finding, what they stumble across in that dark, primordial cave in Arizona, is nothing they could have ever imaged.

Abby was investigating a possible haunting…she never expected that there could be something worse. 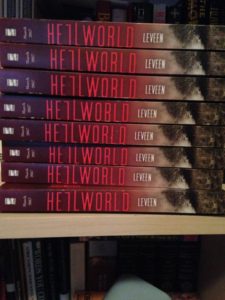 ‘Hellworld’ is already getting some great reviews…

“This book was very captivating. I loved how it jumped back and forth from the present and the time period of three weeks prior to it happening and going forward from there. The whole story was an unraveling mystery and the ending had a huge plot twist that was super surprising. Needless to say, I cannot wait for the next book!!”

“The religion versus science angle was really fascinating, and I wanted more of it”

“A solid thriller built on some well-meant emotional ideas.”

“The taut pacing is reminiscent of that in Jodi Picoult’s Nineteen Minutes, and teens will have to pay very close attention to every cleverly integrated detail to follow this mystery/adventure to its shocking revelation. VERDICT This intriguing, well-crafted tale will engage fans of horror, mystery, and adventure. Purchase for most YA collections.”

“The unfolding of cataclysmic events is presented in captivating fashion, making this an entertaining, if not stellar, read.” 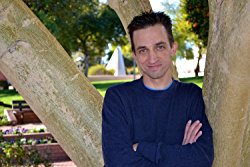 Tom Leveen is the author of eight novels with imprints of Random House, Simon & Schuster, and Abrams. He has also teamed up with Todd McFarlane writing Spawn, the comic book series, and released two independent books: A how-to guide for writers on the subject of dialogue, and a horror novella based on real events.

Currently an early literacy specialist with Phoenix Public Library, Tom has six years of previous library work experience. He also has 22 years of theatre experience as an actor and director, and has been the Artistic Director for two different theatre companies.

Tom wrote his first story in second grade and has been writing and telling stories ever since. His first horror novel, Sick, won the Westchester Fiction Award and the Grand Canyon Reader Award. His novel ZERO was a Best Book of 2013 (American Library Association/Young Adult Library Services Association). 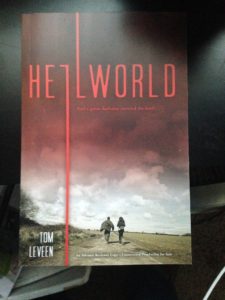 Visit www.tomleveen.com for more information including:

-More of his fantastic books and short stories

–Events where you can meet Tom

–Interviews and discussions with Tom 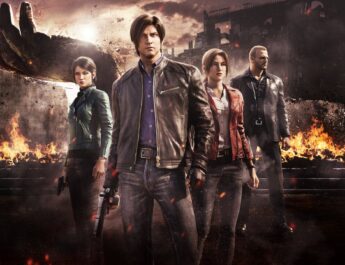