Life changes for a high school cheerleader named Amanda when she and her family move from a small town in Michigan to a Victorian house near Chicago. While her newly-divorced mom struggles with a new job and her eccentric little brother seems to fit in effortlessly, Amanda tries to find her way in her daunting new high school. Meanwhile, weird things happen in the family’s new house. Knocking sounds. Strange guitar riffs during rainstorms. Unexplained household messes.

A quirky medium and a bumbling young paranormal investigation team search for answers but add little clarity before an unseen force meting out rough power chords scares them away.

Amanda soon discovers that her house is haunted … by Brian, the ghost of a teenage punk rock guitarist who has been jamming on the roof during rainstorms since the 1980s. He enjoys spirited poker nights with a neighborhood quintet of teen ghosts from different eras – the 1960s, 1950s, 1910s, 1870s, and 1700s. Amanda and Brian forge an unlikely friendship, but tension arises when Amanda asks him to her school’s Homecoming dance.

Amanda hosts a Halloween party and invites her new school friends and Brian’s teenage ghost pals. When uninvited guests arrive, paranormal investigators clash with Chicago’s most badass spirit, and the neighborhood’s past collides with its present. How will Amanda solve her future?

Teenage Ghost Punk was shot just outside Chicago, primarily in a 126-year-old house in in Oak Park’s Frank Lloyd Wright Historic District. The owner says it really is haunted. And we can’t argue with that! 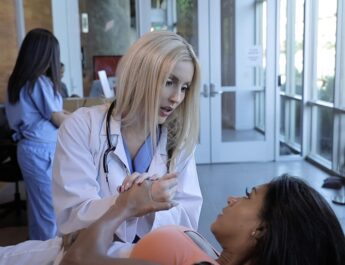 This Halloween, Costas Mandylor gets an INCISION! 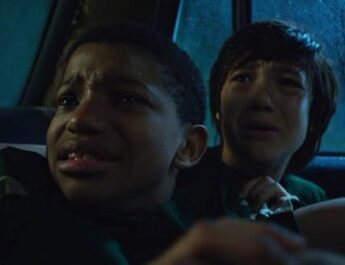 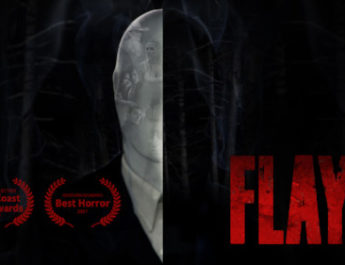