Sylvester Barzey recently released his latest book ‘Planet Dead: Bloodthirsty,’ which we had the great pleasure of promoting. After promoting his book, we wanted to give horror fans a chance to learn a little more about how Sylvester became horror fan, his books, and POC in horror. Check out our conversation below…

-PH: Lets start with why horror? Where did your love of horror start?

-Sylvester: It didn’t start out as a love for horror. When I was younger I hated it, I would avoid anything that was even a bit scary. I wanted no part of Jason, Pumpkin Head, or Freddy.

But one night my sisters forced me to watch Candyman & after a few forced horror sessions with them, I just grew to love it. I don’t know if it’s due to an adapt to survive type thing but I was hitting up the video rental store getting anything and everything, Evil Dead, Pinocchio’s Revenge, Leprechaun, etc.

-PH: Do you think your love of horror led you to becoming a writer, or would you have been a writer regardless?

-Sylvester: I feel I would have been a writer regardless because I’ve written many things outside the world of horror, but I doubt I would enjoy those genres as much as I do horror. There is something about being able to kill a character off or blowing up a zombies head that relaxes me. 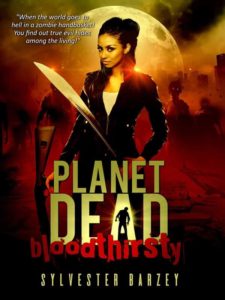 -PH: So tell horror fans about your latest book ‘Planet Dead: Bloodthirsty.’ What’s it about and what can readers expect from it?

-Sylvester: It’s about an Ex-Army JAG Officer named Catherine Briggs, who is on the hunt to find her husband and son in a zombie infested Georgia. It’s a zombie novel written by a zombie fan, so you can expect headshots, machete action, twist & turns. And an epic story following a strong female. Briggs is a Bad Ass in every sense of the word.

-PH: Is there anything special or different about the zombies in your story that you can share, or do readers have to find out for themselves?

-Sylvester: I don’t want to give too much away but we have your slow zombies and your supped up zombies, that we call the Bloodthirsty. They’re freaky looking, intelligent, and they don’t leave anyone around to be turned.

Zombies are a big problem but The Bloodthirsty, they’re the real threat to humanity.

-PH: Your main character, Catherine, is a black mother, and you have a mystery series about a black uber driver. Why is it important to you to give POC a lead in your stories?

-Sylvester: Well I love horror and I’ve always thought horror movies did well at showing strong women or women overcoming extreme odds. I feel like seeing or reading about those kind of stories shape the way you look at the world.

While horror is great at showing strong women it’s terrible at showcasing minorities. So I just want to do my part to change that, to show the world minorities can do more than filler characters or victims.

They can be awesome Final Girls and Kick Ass Detectives. Horror is slowly changing and I’m thankful for that, and I want to make sure I do my part to continue it.

-PH: What do you think about the lack of representation of POC in horror, and why that may be?

-Sylvester: I’m not gonna say that it’s intentional, because I honestly don’t know. What I do know is there is a large group of people that aren’t being represented in horror to the level that they could be. People Are dying for strong minorities in movies and in books, or just a twist on horror as a whole.

Look at the success of Get Out, there are different tales that need to be told. Mainstream media just needs to realize that. 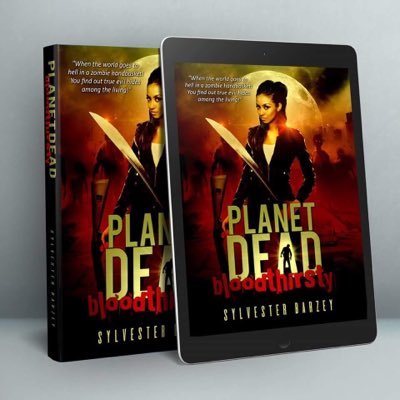 -PH: I was just about to mention the recent hit “Get Out.” It certainly was a movie that touched on this issue, and proved you can make an effective horror movie involving race issues. Would you like to see more horror movies touch on race issues, or maybe just horror movies like we see every year, but feature POC? Maybe a little bit of both?

-Sylvester: I love Get Out and the way it took on race issues in America, it was at the core of the story but there was so much more going on that it didn’t feel political or preachy.

With that said I don’t want every horror movie with a POC to just be battling the fear of racism. I think I would like a mix of cultural cinema and just good old slasher flicks. Just with POC in the lead roles or in more plot driven roles.

-Sylvester: I feel the pressure sound be on both. If you’re a POC who loves horror, and you’re creating horror content, why not take that opportunity to showcase people who haven’t been given a voice in the genre?

As far as current movie makers, I feel they should look at what their making or what they’ve made and ask why aren’t there more POC in their projects? Freddy came back 8 or 9 times but not once did a POC move into 1428?

Like I would love to hear someone’s reasoning for not making a POC the lead in a horror movie. 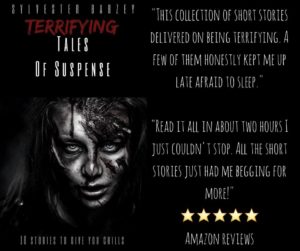 -PH: Lets jump to another one of your books, ‘Terrifying Tales of Suspense,’ which is a series of short stories. What kind of stories can readers expect to find in this book?

-Sylvester: A mix of different tales, from a ghost story to a home invasion. I want to use Terrifying Tales as a way to show that my writing isn’t limited, that I can do thrillers and suspense.

-PH: You’ve now written both full length books, and a series of short stories. Do you prefer one over the other?

-Sylvester: That’s hard, I like shorts because they’re faster. They give you an instant gratification, but doing a novel is just a way bigger pay off. To know you sat down with an idea and grew that into this whole new world. It’s mind blowing, I’ll go with writing a novel but at the end of the day, they both let me release my creativity and that’s all I really wanna do.

But shorts are faster that’s why I’m in three anthologies this year. I’m doing Dissent into darkness, Mad Like Me, and an untitled project with The Reanimated Writers Group where I’ll be doing a short story about The Ringmaster from Planet Dead: Bloodthirsty.

If anyone wants to know more about me or my projects they can follow me:

And don’t forget to pick up your copy of Planet Dead: Bloodthirsty available in eBooks & Paperback on Amazon, Barnes & Noble, KoBo, iBooks, Google Play and pretty much anywhere you can find an eBook.

We would like to thank Sylvester Barzey for taking the time to answer our questions. Hopefully you got to know a little about him, and his books. We encourage you to support him on the social media links above, and of course grab a copy of his books. In case you missed it, you can view our promotion of ‘Planet Dead: Bloodthirsty’ here. 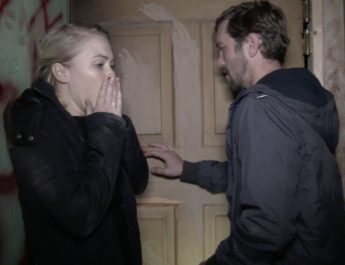