It’s hard to find a good slasher these days, but thanks to author Simon Petersen, there’s a new slasher in town. Simon recently released his new book, ‘Slasher Sam,’ and we got a chance to talk to him about Sam, and his inspiration for the book….

-PH: It might be easy to somewhat guess what ‘Slasher Sam’ is about, but why don’t you tell us a little about it?

-Simon: My blackly comedic horror novel is about a murderous horror movie fan with their own blog, who’s murder spree is informed and inspired primarily by slasher movies from the 1980s. As Sam annihilates countless victims in creative ways, this murderous vegan with an encyclopaedic knowledge of horror cinema posts these exploits to SlasherSam.com for the world to see.

It’s not for the faint of heart, the weak of stomach, or the soft of bowels.

-PH: So is the book completely blog entries? Do you think that made it harder than if you just wrote it like a standard book?

-Simon: That’s right. Every chapter is a blog post – most are written in first-person perspective, to emulate the POV shots in slasher movies (like little Mikey Myers’ first kill in the original Halloween, for instance), while others are top-10 style posts with a malicious twist, as they’re purportedly written by a real-life serial killer, who can critique famous slasher movie killers with authority.

It was definitely a lot of fun to write it this way, as I essentially got to walk in the shoes of a psychotic serial killer, as anyone who reads Slasher Sam will also be able to do.

-PH: Because it’s in first person, did the lines between Sam and yourself ever feel blurred?

-Simon: For sure. Though Sam and I are two very different people (I promise I’m not a serial killer, for one thing), we’ve still got plenty in common, as I’m sure readers will also discover that they have plenty in common with the titular killer in my book, too.

For instance, who hasn’t been kept awake by a noisy party down the street and not wanted to crash it and murder everyone there? And everyone wants to dress up in a hockey mask on Friday the 13th and terrify campers with a machete, right?

Just me? Oh dear. Maybe Sam and I have even more in common that I first thought.

-PH: Since Sam is a slasher it’s safe to say things get bloody. How descriptive does Sam get talking about his murders?

-Simon: There is a fair amount of detail, but, like me, Sam has a wicked sense of humour and no great love for movies that seem to dwell on the nastiness, like Saw or Hostel. So, the story moves along at a steady rate, without focussing too much on the nitty-gritty. Barf bags aren’t essential.

-PH: Usually slashers have something specific that identifies them, or a weapon they particularly like. What does Sam identify with, or does he have a weapon of choice?

-Simon: Sam is still in that early experimental phase, not quite ready to commit to any one killing method or mask, so there are clown, witch, hockey, and gimp masks, as well as a deadly array of knives, hatchets, machetes, and sharp sticks, just to name a few.

At one point in the book, Sam is even described as the MacGuyver of serial killers, turning ordinary house-hold items into weapons of mass murder.

-PH: So far your the book has gotten some great reviews. How gratifying is it to see such a positive reaction to it?

-Simon: It’s amazing. Thankfully it means that I’m not the only one in the world who still has a fondness for slasher movies.

-PH: What slasher movies were your inspiration for this book? What is it about slashers that made you want to create your own?

-Simon: I don’t know where to start! From the Texas Chain Saw-style prologue to the appropriately named “Final Chapter”, Slasher Sam is so packed full of references to other slashers and horror movies in general that I’d be seriously impressed if someone spotted every single reference.

In that way, my book is like a love letter to the sub-genre that I’ve adored ever since I was a little kid and watched A Nightmare on Elm Street for the first time. There’s just something so satisfying about watching an unstoppable killer mow down misbehaving teens – until that inevitable final show down with the final girl, of course.

-PH: Have any of your friends read the book, and do they look at you any differently now? Maybe worried they may be next on the hit list?

-Simon: Haha, all the time! When my mom finally sat down to read Slasher Sam she sent me a text message – you don’t really want to kill everyone, do you? And I’ve had mates tell me they can’t read it without imagining my voice in their head.

-PH: Is there a “final girl” in Slasher Sam?

-Simon: You bet your ass there is – and she’s one tough cookie.

-PH: Here’s your chance to promote anything we haven’t talked about. Lets us know about your other books, website, and anything else you would like to mention.

For updates on that project, as well as any Slasher Sam news, you can ‘like’ my new author page on Facebook, follow me on Twitter, or keep an eye on www.slashersam.com if you dare.

Slasher Sam is available now in print, audio, and electronic book formats. Read it before you go offline… permanently!

We would like to thank Simon for taking the time to answer our questions. Hopefully this interview gave you a good look at his new book, and why slasher fans should check it out. Please support him at the social media links above, and don’t forget to get your copy of ‘Slasher Sam’ on Amazon. 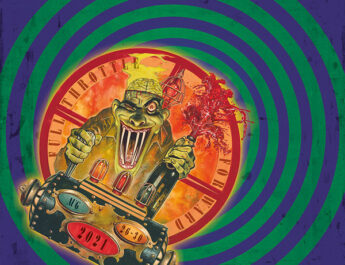 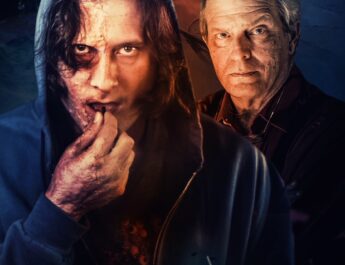 OBSIDIAN Arrives on VOD from Midnight Releasing on September 3