Goddess of the Wild Thing is a dramatic tale of one woman’s spiritual journey where magical happenings, unexpected turns of fate, and unseen forces influence her ability to love and be loved. Eve Sanchez, a middle-aged woman and scholar of esoteric studies, encounters a seductive but frightening man who introduces her to a supernatural world in which the wicked powers of a surrogate mother’s twisted affection threaten love and life. In the mystic realm of Aztlan del Sur, Eve and three friends struggle with whether bad love is better than no love and discover that love is a wild thing. 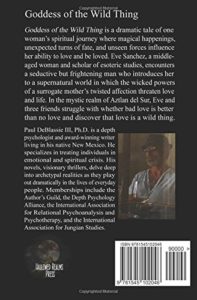 In his own words, in an interview author Paul DeBlassie III describes the book…

“It is a very interesting and moving story, showing very profound spiritual reflections about the happenings and the emotional and spiritual processes of the three main characters. The plot is very well developed as are the characters and the writing style reflects perfectly and is adapted to the moods and emotional states. It has been a great read.”

“The moment I started, I was caught up on the wild side. The characters came to life. The story took hold. I was hooked.”

“Paul DeBlassie III has a wicked gift in writing psychological thrillers, and he does it in a way I have never experienced before. In Goddess of the Wild Thing, he gave me a glimpse into his reflections, inviting me to draw closer to the dark side. His writing is rich with supernatural symbolism and, when all is resolved, deeply empowering”

“Packed with action, suspense and even romance, Dr. DeBlassie has written a truly brilliant and riveting supernatural story!”

Don’t miss your opportunity to read this brilliant book!

And then check out another amazing book… 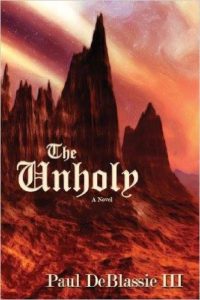 A young curandera, a medicine woman, intent on uncovering the secrets of her past is forced into a life-and-death battle against an evil Archbishop. Set in the mystic land of Aztlan, “The Unholy” is a novel of destiny as healer and slayer. Native lore of dreams and visions, shape changing, and natural magic work to spin a neo-gothic web in which sadness and mystery lure the unsuspecting into a twilight realm of discovery and decision. 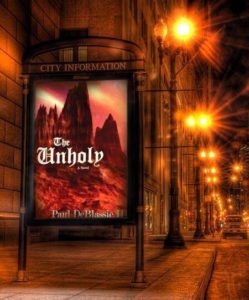 “This is a very profound story, a book that makes the reader think and engage with the characters, who a very lively and detailed described. The plot is very well developed, catching the reader’s attention from beginning to end.”

“This is a dark, fantastical, supernatural thriller, with many twists and turns, set in the mythical land of Aztlan. I found the visuals chilling, and did enjoy reading this book. I would normally have steered away from something I would have deemed “religious” but I’m glad I didn’t, as the book wasn’t what I had expected at all. It was a lot darker than I would have expected, but this worked in my favour and I felt like the writing style was very much suited for this, Paul is a great story teller.”

“The story is full of suspense and you will read it at the edge of your chair, until you turn the last page. The characters are well developed and you feel their emotions. The environment is richly described and soon you start cheering and caring for our young heroine. I recommend this book to the permanent library of any reader who appreciate a well written novel, full of twists and suspense, which will keep them entertained for hours.”

Paul DeBlassie III, Ph.D. is a depth psychologist and multi-award-winning writer living in his native New Mexico. He specializes in treating individuals in emotional and spiritual crisis. His novels, visionary thrillers, delve deep into archetypal realities as they play out dramatically in the lives of everyday people. Metaphysical dramas set in the mythopoeic realm of Aztlan open vistas of danger, conflict and potential transformation. Good and evil are pivotal arenas for unfolding tales of the supernatural. Together with visionary/metaphysical novels, he also writes blogs and archetypal essays on trauma, dreams, spirituality, and intuition. As a native New Mexican, he has been deeply influenced by the mestizo myth of Aztlan, its surreal beauty and natural magic. Memberships include the Author’s Guild, the Depth Psychology Alliance, the International Association for Relational Psychoanalysis and Psychotherapy, and the International Association for Jungian Studies.

-Check out his awards