House of Demons, written and directed by Patrick Meaney, was released last week on VOD platforms by Smith Global Media. The film follows four estranged friends who are reunited to spend the night in a time-bending, haunted house that forces them to confront their deepest fears and overcome a collective trauma that has ruined their lives. We decided to interview one of the film’s stars, Dove Meir, who plays Frazer and discuss his experience making the film and what fans can expect from his character. 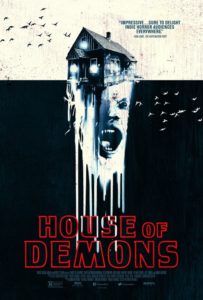 -How did you become involved with House of Demons?

Someone recommended me to Patrick and Jordan and they brought me in to read.  I’m thankful for them thinking of me and forwarding my info along.

-Your character, Frazer, is pretty crazy. What did you do to prepare for the role?

I don’t believe I’m crazy as Frazer. In fact it makes perfect sense to me to utilize a discovery I had in order to save those I love. As with any role, my work involves finding that part of me that is Frazer. We all have him in there somewhere though he may be buried deeper in some. It’s a very common human trait to want to fix wrongs you feel you’ve made in the past and stop those you love from leaving you. Once I find that part of me I sit with it and explore it.

-What was the most challenging scene for you to film in House of Demons? And why?

If I were to choose a scene and label it challenging it would probably be the climax where I kill my demon. To get to a place where my demon had actually materialized and to face it and also to face judgment and rejection from those who I attempted to have join me took some time. For me the threat had to be there and be very real. Paradox was amazing and his performance certainly helped. On a more practical point, the blood makeup we used soaked through my clothes and stained my entire…mid-section…for a few days. So that was interesting.

-What’s one thing you learned from director Patrick Meaney while making the film?

Oh that’s an easy one. It may be hard to imagine having seen the final product and how smooth the storylines come together, but during the filming there were times when I didn’t have a clue as to how things would tie together. I told Patrick on several occasions that I’m going to just trust in him and follow blindly and, thankfully, my faith was well placed. I learned that sometimes you have to put yourself wholeheartedly into the director’s hands and commit to them.  Hopefully I’ll always have directors like Patrick who’s visions are so clear that it comes together beautifully on the editing floor.

-You have had roles on NCIS, Dig and Major Crimes to name a few. How does your role in House of Demons compare to some of your other roles? More difficult?

Difficulty is rarely an adjective I use. An actor uses his child like wonder and imagination to find it within themselves and let that blossom. Some roles just take more time and digging deeper. There were aspects of the film making that were more difficult since we were in a cabin in the woods without any restrooms nor AC nor electricity at times. Network TV is another universe when compared to indie films. Pros on cons on both sides. I will say that I had more freedom and exploration on House of Demons which was wonderful.

-What inspired you to get into acting?

I read a book. Not a very fancy story. I grew up in a home of immigrants and studied finance in college and worked in that industry for years.  Was never even aware of the world of theater or acting. I always felt I was living someone else’s life so I left that industry to find who I was. Someone gave me “Respect for Acting” by Uta Hagen and it opened my eyes to a home I never knew I had. It’s good to be home.

-What are some of your favorite horror films?

To be honest I’m not a big horror fan. All I see is makeup and effects. Some intellectual classics I do love however. The Shining. The Grudge I enjoyed. I’m more of an adventure guy personally.

-What’s next for you?

I have another feature, Diverted Eden, which just won best action film at a Hollywood film festival and is premiering at LA Live Regal Feb 21st. I recently filmed a movie where I am an Italian immigrant in 1948 in Chicago hunting Nazis. Can’t tell you more right now, but I’m excited to see how that turns out.

You can rent the film here: https://www.amazon.com/House-Demons-Amber-Benson/dp/B077MW4SHN 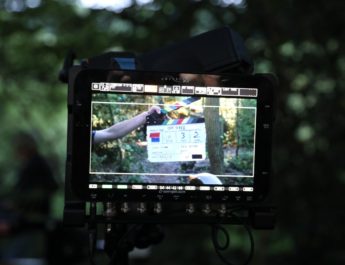