The psychological thriller is directed by Patricio Valladares and produced by Bulgarian based film company Open Frames, a subsidiary of Global Group.

In October last year, Nightworld became the first-ever Bulgarian film to enjoy a limited theatrical release in the U.S. The film opened in 11 major American cities and is now available on 20 VOD platforms, like ITunes and Amazon Prime.

Nigthworld is also the very first 100% Bulgarian production to be picked up by Netflix U.S.
“That is a big thing for us, and a giant step forward to our long term plans! One of our goals is that to coproduce with with companies such as Lionsgate, and hopefully end up helming series for major content providers like Neflix or Amazon. Our breakthrough on the American market is proof that our success in Bulgaria for the past 20 years is no accident.” commented the company’s producers Magarditch Halvadjian and Loris Curci.

Synopsis:
When former LAPD officer Brett Anderson takes a job as head of security at an old apartment building in Bulgaria’s capital, Sofia, he soon begins to experience a series of bizarre and terrifying events. Once he begins to delve deeper into the building’s sinister history and investigate its shadowy owners and past employees, Brett soon uncovers a malevolent force nestled deep in the bowels of the building that will do anything to be set free into our world.

“The Raven” – Part of The London Horror Festival 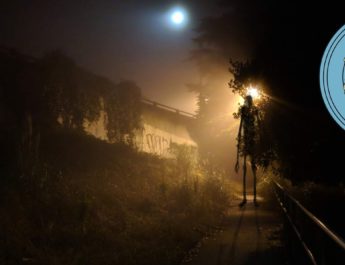 The Unnamed Footage Festival Returns to San Francisco in 2019