-Amanda: Since I was a very young child, I’ve loved all things dark and creepy. Some of my earliest childhood memories are of watching episodes of Unsolved Mysteries with my mom, and it definitely contributed to my love of ghosts and true crime. One of the first movies I can remember watching several times was Lady In White. Still one of my favorites.

-Amanda: I think it was a little of both. The first novel I ever read was Stephen King’s IT, which I’d been eyeing on my mother’s bookshelf and finally jumped into when I was about ten. I didn’t understand a lot of the adult themes, but I knew right away that King was a sort of literary soul mate. I’d been writing poems and short stories since I was pretty young but it wasn’t until I read his work that I knew what my voice was going to be. He knew how to breathe life into characters and put them into extraordinary situations, and that really influenced my writing style.

-Amanda: It’s extremely important that we’re putting a spotlight on the women who love horror, not so much because there are so few of us, but because we’ve always been here! Historically, males have dominated the conversation about what it means to create something beautiful and terrifying, and while they should in no way be ignored, it’s just as important to talk about the females who have contributed.

-Amanda: I think Jen and Sylvia Soska have done wonderful things for women in horror, and they’ve always done it their own way, which is pretty impressive. American Mary has so many under-represented elements–body modification being just one of them–that are seen through a darkly glittering lens. As far as writers, I truly consider every woman in horror to be a role model, from Mary Shelley to Shirley Jackson. These are the women who stood out in a sea of men and made it okay for a female to put these dark thoughts down on paper.

-Amanda: Certainly the role has expanded. I go to horror conventions and see so many more women than ever before who are embracing their love of the horror genre, whether it’s in film or art or writing, and it’s a wonderful thing. In the literary world there are more and more women being named as horror writers to watch.

-Amanda: I hope to see even more female directors take on horror films, and authors to continue writing incredible horror projects that will be recognized by a mainstream audience. I think we’ll see this and more in the next few years, if for no other reason than that inspiration often comes during dark times.

-Amanda: I’m currently working on a third book of horror poetry, which I can’t share yet, but my first one–The Madness In Our Marrow–made the preliminary ballot for a Bram Stoker Award nomination in 2015. It’s available on Amazon, as well as my most recent book, A Sky Full Of Blood. These contain poems about my favorite horror books and movies: IT, Stand By Me, Psycho, and Candyman, among others. I’m also a visual artist and horror themes show up often in my work, much of which can be found on Instagram. You can find a list of all my published works–and a sample of my poetry–here.

We would like to thank Amanda Crum for taking the time to answer our questions, but more importantly for her contribution to horror! 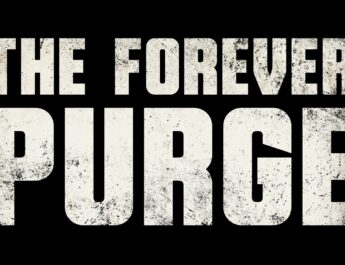