Tomorrow Romance is proud to announce the trailer debut for Chicago-based filmmaker Jason Coffman’s feature directorial debut HOUSESITTERS. Inspired in equal measure by modern comedy like BROAD CITY and goofy horror films like GHOULIES, this female-led horror/comedy follows the misadventures of Angie (Annie Watkins, “Jan” in the original New York and Chicago runs of hit stage production THE BARDY BUNCH) and Izzy (Jamie Jirak, formerly of Chicago’s pH Comedy Theater) as they take on a plum housesitting gig that kind of spirals into supernatural horror. HOUSESITTERS has been submitted to a number of 2018 festivals in advance of a VOD release later this year.

Director’s statement:
I’m a huge horror fan, and I watch a lot of independent horror movies. Far too many indie horror filmmakers make familiar zombie or slasher movies. With HOUSESITTERS, I wanted to do something that doesn’t take itself too seriously and is a fast, fun showcase for the talents of our fantastic cast and crew. We shot HOUSESITTERS on a minuscule budget (that mostly went toward buying food for everybody on shooting days) with a lot of hard work on a tight schedule. I’m proud as hell of everybody who helped out in front of and behind the camera, and I can’t wait to share it with everyone!

The Five Rules of HOUSESITTERS:
I have watched many independent horror films over the years, and this experience has helped me figure out both what I want to do and–perhaps more importantly–what I do not want to do. While putting together HOUSESITTERS, I set down some ground rules before writing in order to help set it apart from many other independent horror films (and debut features in any genre). These rules were:

1. Keep it short. Part of the practical function of a debut feature is just to prove to yourself and others that you can actually complete a movie, and you don’t necessarily need 100+ minutes to prove that point.
2. Keep it simple. Minimal locations, characters, and effects help keep the project feasible and realistic. These things also help you make a tight schedule that you can stick to for the whole shoot. It’s a lot easier to finish a sprint than a marathon with no concrete finish line.
3. No explicit violence against women. Too many independent movies are reliant on violence towards women, whether it’s a zombie movie, a slasher, or a serial killer “thriller.” There’s too much of that in the real world and in film history, so there’s no need to add any more.
4. No guns. Guns are often a quick way to get yourself out of narrative problems and frequently are used gratuitously to just look cool. Also if you live in the United States, you’re bombarded with gun stuff all the time. Give the viewer a break from seeing guns for a little bit.
5. Have fun! A lot of independent horror films take themselves far too seriously, and combined with overlong run times this turns a lot of them into joyless slogs. Instead of trying to be as unpleasant as possible or make a serious statement, have fun and try to convey that fun and make it infectious for your audience. 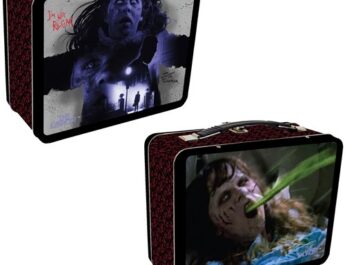 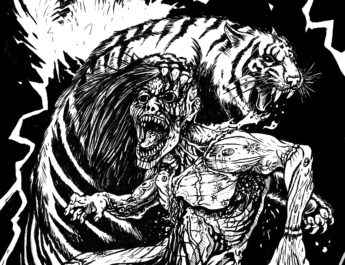