“Zombie apocalypse set in the Dark Ages. Why didn’t anyone think of this before?”… 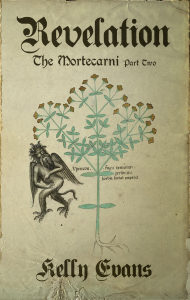 The year is 1349. Both the Black Death and the mortecarni continue their devastating path of destruction across England. Brother Maurice has reason to believe he’s found a cure for the mortecarni until a new discovery suggests otherwise, sending the physician monk and his friends through Europe to Poland in a desperate race to end the undead menace once and for all.

Meeting an intriguing young healer leads to further revelations that offer hope for their quest. But time is short and, when tragedy strikes, Maurice faces a moral dilemma. Can he ignore the challenge to his calling caused by his new companion’s presence? And can he find the cure for the mortecarni before all is lost?

The interior of the church was dark; the years of grime prevented much of the outside light from shining in. It was like any other lesser church and more than likely served a small community nearby. Looking around in the gloom, I could see the altar at the front, but also signs of a struggle. The cloth had been torn from the altar and was lying in shreds on the floor in front. Candlesticks and crucifixes also lay scattered, and my heart nearly stopped as I saw the communion plate broken in pieces on the floor. I took a step toward the front of the church when Hugh’s arm stopped me. He pointed to the corner of the room, to the right of the altar. We weren’t alone.

Judging by the robes and cowl, here was another monk, kneeling in prayer, his hands hidden inside his wide sleeves. We’d been so quiet when we’d arrived that he’d obviously not heard us, so focussed on his prayers was he. I looked at Fala, who just shrugged.

I cleared my throat. “Excuse me, Brother.”

When there was no response, I took a few steps toward the monk, not wishing to startle him by coming up on him too quickly. I knew from experience that, at times, one’s devotions could take away all of one’s senses; nothing else could be heard or seen, or even existed, except you and God. “Brother? I’m sorry to disturb you.”

I looked back at Hugh and Fala, who stood in place, watching the exchange. They were both frowning and Hugh nodded to urge me forward. I turned and approached the man, who still hadn’t moved.

“Brother?” The stench hit me when I was less than a foot from the monk, and I wondered that we hadn’t smelled it upon entering the church. Horrified, I stepped back and soon had my sword in my hand. Raising it, I used the tip to carefully move the man’s cowl from his face.

“Ms. Evans did a great job with this mystery/adventure set in the middle ages but, of course, I have come to expect no less than great from her.”

“As a follow-up to The Mortecarni, I couldn’t have asked for more.”

“Once again, Ms. Evans brings history alive in this exciting tale of horror, sacrifice and hope. She blends fact and fiction into a thrilling and horrifying story that threatens to tear out your throat and feast on you living flesh. A groan in the dark of night is the only warning that the horde is upon you.”

“More Mortecarni than you can shake a stick at (one particularly gruesome scene…beware!) and even a love interest!”

“For those who enjoyed the first book in the series, The Mortecarni, this sequel will not disappoint. This book is beautifully written, and as is usual with Ms. Evans’ novels, meticulously researched.”

Don’t wait…get your copy today at:

And in case you missed book one…

“What a great read! Mix medieval knights and zombies and one badass monk who goes by the name of Brother Maurice, and you have The Mortecarni. It is very well constructed and written and very well researched. From village to village and zombie to zombie, The Mortecarni will keep you flipping from page to page. I am very excited for the sequel to come about. Highly recommended.”

“Mortecarni is a fantastic read full of medieval goodness and undead horrors. You can definitely tell the author did tons of historical research to get all the details correct in this fun, exciting story. I definitely would recommend.”

One of the reasons her books are so great is the research that goes into them. In a recent interview, Kelly talked about her research…

“My first book I spent a year researching before I started writing, then periodical research as things popped up. I spent about six months researching my first historical horror. Just because it’s horror doesn’t mean I’m not just as rigid with getting the history correct. My latest novel, only took a couple of months as I was already familiar with the source material. It’s all worth it, my first novel gained me an invitation to last year’s International Medieval Congress in England. It’s like San Diego ComicCon but for medieval scholars.” 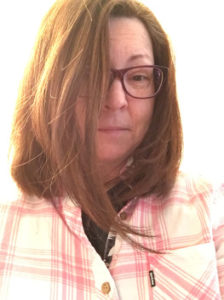 When not writing Kelly enjoys reading history books, silversmithing, playing oboe and medieval recorder, and watching really bad horror and old sci-fi movies. She is currently working on part two of her story about Brother Maurice and the mortecarni. 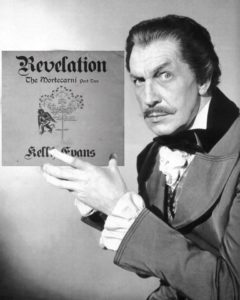 –Find all of her books