Here are some of the horror DVD/Blu-Ray releases for July 10th!

In a post-apocalyptic world, a family is forced to live in silence while hiding from monsters with ultra-sensitive hearing.

An English tourist couple rent a boat to visit the island of Almanzora, just off the southern Spanish coast. When they arrive, they find the island apparently empty of adults. There are only children, who don’t speak but just stare at the strangers with eerie smiles on their faces. The English couple soon discovers that all the island s children have been possessed by a mysterious force, a kind of madness which they can pass from one to another, and which makes them attack and murder their elders, who can’t defend themselves because, of course, nobody can kill a child…

Just when you thought it was safe to go back to the petting zoo, you meet . . . GODMONSTER OF INDIAN FLATS! Written and directed by infamous outsider artist Fredric C. Hobbs (ALABAMA’S GHOST), this is the story of an eight-foot-tall toxic sheep monster that blows up gas stations, smashes crooked politicians, and terrorizes stoners! From the surreal wild west locations to the outrageous monster effects, GODMONSTER OF INDIAN FLATS is easily the most berserk, out-of-control, and inexplicably deranged creature feature in the history of forever. This includes the scene where the Godmonster crashes a children’s picnic. In the words of legendary filmmaker Frank Henenlotter, Get the strait jackets ready!

Who’s watching Oliver tells the story of a mentally unstable loner lost in a life forced upon him. By night Oliver aimlessly wanders the streets and bars on what can only be described as a truly shocking and humiliating killing spree. His only savior and possible way out of a life he is desperate to escape comes in the form of the beautiful Sophia with her sweet eccentricity and naivety to the danger she has put herself in.

At the end of WWII, Hitler ordered operation Scarecrow to a small SS outpost in the Seelow Heights of Germany. Nobody knew of the existence of this clandestine operation until 70 years later when FBI agent John Fox runs across a vilgiante known as the Red Wolf. After killing the Red Wolf, Agent Fox learned the shocking secret of operation Scarecrow. Fox then travels to Germany and meets Pastor Gabriel who unites Fox with a group of outlaws stuck on an SS outpost fighting the remnant Scarecrows of the Third Reich. Only they can save the world from this new evil that if undefeated could bring about a 4th Reich.

The kids from Ghost Investigations are the meteoric rising stars in the ghost hunting community, they are rising so hard and fast in fact, it looks as though they will get picked up by one of the major cable channels. Their secret? Their sarcastic wit coupled with their almost scientific approach to the hunt, they focus more on debunking the activity rather than pandering to their clients wishes has garnered them a loyal following. Their popularity flourishes as well due to their rumored antics off screen where their pranking of each other is legend. Our merry band gets a hot lead on a location known to locals as “the murder house” where the fun really begins. Are they pranking each other? Or is something more sinister involved in the game? Once it seems as though they have found what they’ve been looking for, they discover themselves tangled up and caught in the trap that was set for them all along.

Two lesbian, anarcho-punk lovers are in a battle with their greedy, cold-hearted landlord. As the couple struggles to make ends meet, a deranged serial killer terrorizes the sleazy nightclub they work at. With a vicious killer on the loose and their merciless landlord on their case, the lovers have nowhere to turn. That is until the arrival of their new mysterious pet spider.

For John McCormick’s life on the Indiana frontier held nothing but promise. His settlement along the White River would soon become the crossroads of America. Friends and family from back in Ohio and other points east were all making plans to see what all the fuss was about in the newly-formed city of Indianapolis. Yes, things were good. John had his general store and his friend George Pogue had his blacksmith business. Claims were being staked and the relations with the native Indians were amicable. The town was growing and nothing could be better …or so he thought. In Ohio, an evil was brewing. The Lecky family, a group of ruthless Mongolian nomads, had made their way to America and were practicing their cannibalistic religion of Kala with reckless abandon. No one was safe, not even John McCormick’s family. After the vicious slaughter of John’s brother Thomas and his family by the Leckys, John has no choice but to confront this evil head on. With time running out, can John McCormick and his posse of frontiersman find and defeat this notorious foe? Bonus features include: Movie Trailer

Toulon’s Puppets for once, are about to do something good. As the bad puppets turn good!. The mini-menaces Blade, Tunneler, and Pinhead go toe-to-toe with their most menacing enemy yet-a team of terrifying, gremlin-like creatures known as Totems that are sent by the evil Egyptian demon Sutekh to recapture the magic stolen by Toulon. The demons target a young scientist, Rick who is now in possession of the Puppet Master secrets. As the creatures attempt to terminate his research and regain the secret of life, they leave a deadly path of destruction until the evil Totems finally find Toulon’s puppets in their way. However, Rick has a secret weapon on his side and the newest head-swapping puppet…Decapitron! Bonus features include: Puppet Master 4 Original Video Zone featurette., Director Commentary by Jeff Burr.

A shocking horror anthology from demented minds. Take a trip into the world of cannibals, psycho killers and the deranged as we discover the heart of horror only this heart has been devoured by a hunger that no other meat will satisfy. Ten tales of truly terrifying terror! You will be shocked and sick to your stomach! This is a feast you won’t be able to keep down but once you taste this meat you will be hooked for life! Are you prepared for Die Gest’

Toulon’s secret continues…The fifth exciting entry in the Puppet Master franchise. In the darkened Bodega Bay Inn, the greedy Dr Jennings has come to pilfer Blade, Six Shooter, Jester, Pin-Head, Torch, Tunneler, and Decapitron to discover the source of their animation. Hoping to get rich quick, he plans to sell their secrets as implements of war. Sutec, the dark pharaoh from another dimension, has sent his own puppet, Totem, to continue his quest to kill Puppet Master Rick and steal the magic which animates the puppets. Caught between the two foes, the half pint heroes must revive Decapitron and preserve the magic formula which gives them life with the life of the Puppet Master hanging on a string! Bonus features include: Full Moon Features Trailers, Director Commentary by Jeff Burr, Puppet Master 5 Original Video Zone featurette 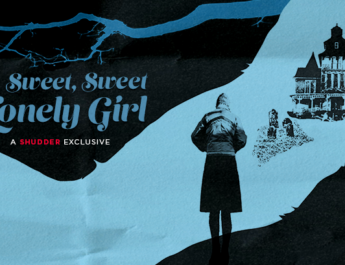