CYNTHIA, written, produced, financed and also co-starring by Robert “Corpsy” Rhine (Girls and Corpses Magazine) has been picked up for distribution by Indican Pictures. Girls and Corpses is following in the footsteps of National Lampoon going from newsstand magazine to production studio. The film was directed by the team of Kenny Gage and Devon Downs (Anarchy Parlor, Raze).

The film’s official synopsis: Robin and Michael are college sweethearts who have everything – a perfect marriage, adorable cat, a beautiful home, but one thing is missing from this idyllic setting – a baby. After years of fertility treatments their dreams come true when Robin finds out she is pregnant!! Is this a dream come true or a nightmare come to life?

‘Cynthia’ is Girls and Corpses Presents first fully financed production. Rhine was also the executive producer on: Rob Zombie’s 31, Parasites, The Chair and Exorcism at 60,000 Feet (in post). Writer/Producer Robert “Corpsy” Rhine is the founder/publisher and Deaditor-In-Chief of the successful horror/comedy newsstand magazine Girls and Corpses: http://www.girlsandcorpses.com/

The film’s creature designer is Mario Torres (The Shape of Water, Hellboy, Starship Troopers, The Strain). Curly of The Three Stooges grandson, who goes by Curly G, follows in the footsteps of his grandfather with his first film role. And James William O’Halloran has gone from MMA fighter to Price is Right male model to starring in his first feature film, Cynthia.

CYNTHIA won Best Horror Film 2018 from the IFS Film Festival at The Grove in LA and also star SID HAIG won Best Supporting Actor for his role in Cynthia. 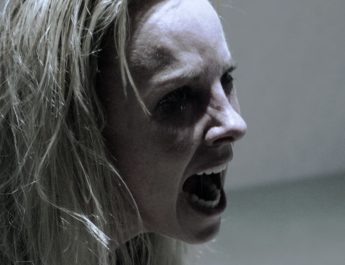