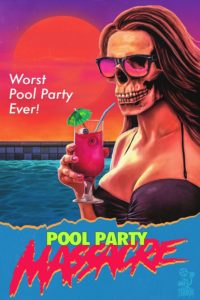 Summer is here and what would it be without babes, booze and slaughtered rich girls? TERROR FILMS cordially invites you to check out Pool Party Massacre, on Digital platforms, this August 17th. And now, the film’s red band trailer is set to ignite audiences below!

The film was written and directed by Drew Marvick (Scared to Death, 2015). The film centrally stars: adult actress Alexis Adams, Sally Burnswello (Do Not Disturb), Nick Beyer (Popcorn Killer), Paul Card, Dora Deceuninck, Jimmy Grosse, Mark Justice and LeeAnna Vamp. All of these filmmakers come together, this Summer, in of this year’s hottest and bloodiest horror films.

Terror Films’ executive Joe Dain was impressed by the film. He says of this indie feature: “it’s a raunchy good time! This film represents the best of cheeky, fun, gory, indie horror films.” Some of that cheekiness can be seen in the film’s Red Band trailer, released this week and found here.

On August 17th, Pool Party Massacre releases across multiple Digital platforms. During this week, the official, platform-friendly trailer will be released, as well. Also, additional release details will be announced in August. In the meantime, check out the very R rated trailer for Pool Party Massacre – now! 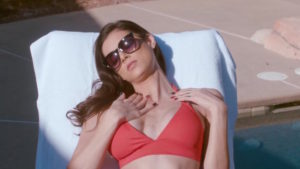 The official synopsis: “What started out as a relaxing summer day by the pool for a group of high maintenance young socialites quickly becomes a nightmare, when an unknown killer begins stalking and murdering them one by one.”

WARNING!
This Trailer Is Intended For Mature Audiences!

For more on the film: https://poolpartymassacrestore.com/ 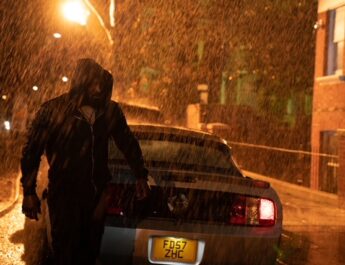