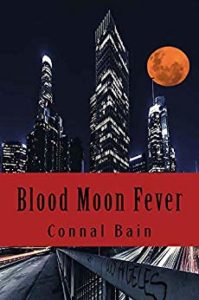 David Goodwin isn’t having a good month. Sent on a manhunt after escaped felon ‘Hard Time Jake’ Griffon, he finds he has bitten off more than he can chew as he moves from the wooded Northern California wilderness to the mean streets of LA in pursuit of a man who has become something beyond human.

During Griffon’s bloody prison break, something happened in the woods of the Modoc Forest. Something inhuman. Something evil. Something terrifying.

Now, as the full moon prepares to rise over the City of Angels, Goodwin must piece together elements of a puzzle involving a fugitive on the run, a crooked lawyer, a violent drug cartel, and a string of bloody corpses left in the wake of an ancient terror now awake and hungry for fresh carnage.

Combining the hard-boiled realism of Jim Thompson with the gritty horror of Jack Ketchum and Clive Barker, Bain introduces a new brand of horror noir.

Don’t wait…start reading today by getting your copy at:

Connal Bain is a freelance writer and novelist living a peripatetic life in the Western United States. He has worked as a journalist, long-haul truck driver, short-order cook, labor organizer, and bookstore clerk, among other odds and ends. Traveling from job to job around the great American West has provided him the opportunity to spend much of his free time writing, often gathering story and character ideas from his experiences on the road.

An avid reader from an early age, he became a horror and mystery enthusiast upon discovering a treasure trove of paperback originals in his parents’ basement in junior high school, beginning with John D. MacDonald and Manley Wade Wellman and working up through King, Herbert, and the late great Jim Thompson.

His fascination with all things dark and creepy grew as he expanded his tastes to the classics and the pulps, always finding pleasure in the genre at hand. This brought him a great respect for the printed word, regardless of the merits of canonical “literary” value. Always in search of a tale well told, he began writing his own detective and supernatural horror stories in high school, and has been writing ever since. 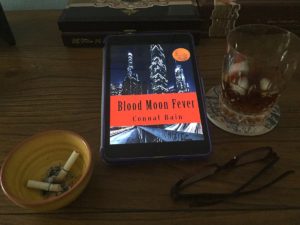 Read his latest blog posts at: