Here are some of the horror DVD/Blu-Ray releases for Sept 4th!

After the family matriarch passes away, a grieving family is haunted by tragic and disturbing occurrences, and begin to unravel dark secrets.

Skeptical professor Phillip Goodman embarks on a trip to the terrifying after finding a file with details of three unexplained cases of apparitions.

When a group of young explorers ventures to a mysterious lake, they discover an island harboring an abandoned lab facility with a horrific legacy: the island is home to a deadly predator. Before they can turn back, the crew gets dragged into a battle for their lives – former enemies will quickly need to put their egos aside and work together if there is any hope for survival.

Based on true events. A young woman goes to an isolated former convent turned bed-and-breakfast for some much needed relaxation, where she is visited by a nun at the door who progressively reveals her true colors as the night unfolds.

Eight college friends head to a Haunted Rental in a remote town for Halloween weekend. There, they play the game rumored to have caused the deaths of seven teenagers decades earlier, Truth or Dare. What starts out as vodka-induced fun, quickly turns serious when the dares become sickeningly dangerous and the truths threaten to tear the group apart. When players attempt to refuse the increasingly challenging tasks, they re met with deadly consequences, quickly discovering: you must do the dare, or the dare does you.

When he’s hired to document the behind-the-scenes action of the ultralow-budget horror movie Spectre of Death (“the first 3D found-footage horror film”), an aspiring filmmaker packs up his camera and travels with the film’s crew to a creepy cabin in the woods. But when the fictional evil presence from their film begins appearing in his behind-the-scenes footage, he has to figure out how to stop it, or it just may find its way into the real world.

To help her down-on-her-luck mother, a graduate student brings her friends to a mysterious house where they plan to do research for a book project. But they inadvertently summon an evil entity with plans of its own.

One night, musician Marcus Daly (David Hemmings, Blow-Up), looking up from the street below, witnesses the brutal axe murder of a woman in her apartment. Racing to the scene, Marcus just manages to miss the perpetrator… or does he? As he takes on the role of amateur sleuth, Marcus finds himself ensnared in a bizarre web of murder and mystery where nothing is what it seems…

A highly contagious biological weapon, created by German forces in WWI, is discovered by Allied troops as they explore an abandoned underground bunker. Realizing they need to contain and destroy the threat, their mission becomes a fight for survival when one of their own is infected by the deadly parasite and begins to violently attack them. The soldiers now need to not only save themselves, but must stop the outbreak before it spreads to the rest of the world.

THE HOUSE OCTOBER BUILT: Underneath the fake blood and cheap masks of countless haunted house attractions across the country, there are whispers of a truly terrifying alternative. Looking to find an authentic, blood-curdling good fright for Halloween, five friends set off on a road trip in an RV to track down this underground Haunt. Just when their search seems to reach a dead end, strange and disturbing things start happening, and it becomes clear that the Haunt has come to them….

THE HOUSE OCTOBER BUILT 2: Recovering from the trauma of being kidnapped last Halloween by the Blue Skeleton – a group who take “extreme haunt” to another level – five friends decide they must face their fears in order to move on. Heading back out on the road to visit more haunted house attractions, signs of the Blue Skeleton start appearing again and a new terror begins…

Three aspiring actresses set out to break into the cut-throat world of acting in Los Angeles. Naomi is on the verge of stardom, Joe struggles to keep her head above water and Elsa is a fresh face on the scene. As each young woman is forced to face her deepest fears and insecurities, they all discover the lengths to which they will go to fight against failure. The promise of Hollywood is tempting, but what will they do when that promise is broken? How will they cope when pushed to their breaking points? Butterfly Caught offers a peek into the darker side of Hollywood’s bright facade, exposes the seduction of fame and captures the thirst for relevance in a competitive city that cycles through talent and destroys ambitions.

Only a few thousand have survived a worldwide epidemic, but they’re not alone: they have to hide from strange creatures that go hunting at night. One afternoon, Juliette wakes up upside down, stuck in her car with a broken leg, in the middle of the desert. But, something is coming…

A serial killer strikes Sugar Grove, Virginia. The official investigation, conducted by Sheriff Deputy Benjamin Clarkson, has no serious lead to date. As the number of victims increases rapidly, Richmond’s TV channel KRCB sends to town her rising and ambitious journalist Melissa Crawford. Her investigation will lead her to meet a lonely farmer, Gil Perry, and his scary mute brother Earl. Despite the efforts of the local authorities to keep her in the dark, she quickly discovers the troubled past of the two brothers, and her overall investigation makes waves within the local community. As the murders continue and the victims pile up, the journalist figures there is more to this situation than the serial killer : this town may be hiding a darker, long kept secret. Everything leading her to these two brothers and their barn. Dealing with reluctant people, she will keep digging for the truth, and she will force herself into the barn, putting her life on the line for what she discovers.

A deadly pathogen is unleashed and unknowingly carried to Dana’s 30th birthday party, where her estranged father Rufus is coming to make amends. What begins as a family drama soon escalates to a horrific turning point as the epidemic spreads and Rufus fights to save his daughter’s life. DVD SPECIAL FEATURES: Outtakes, Director’s commentary, and an interview with Andrew Hunsicker. 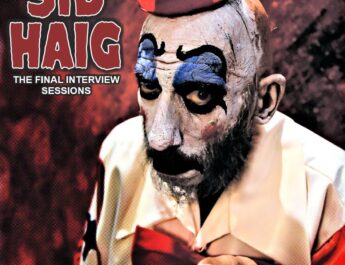 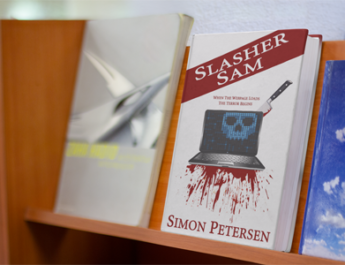