Here are some of the horror DVD/Blu-Ray releases for Sept. 11th!

John Carpenter brings Stephen King’s best-selling novel to life in this chilling thriller. She was born in Detroit … on an automobile assembly line. But she is no ordinary automobile. Deep within her chassis lives an unholy presence. She is CHRISTINE – a red and white 1958 Plymouth Fury whose unique standard equipment includes an evil, indestructible vengeance that will destroy anyone in her way. She seduces 17-year-old Arnie Cunningham (Keith Gordon), who becomes consumed with passion for her sleek, rounded, chrome-laden body. She demands his complete and unquestioned devotion and when outsiders seek to interfere, they become the victims of Christine’s horrifying wrath.

Mrs. Aylwood is a distraught mother since her daughter, Karen, vanished in the Welsh countryside 30 years ago. When the Carstairs family move into the Aylwood manor for the summer., strange occurrences begin to unnerve the family and Jan begins to suspect that they are linked to Karen’s disappearance. As Jan unravels the dark past hidden by the townspeople, she delves further into the mystery and deeper into danger, but now it might be too late to escape the Watcher in the Woods.

In a showdown of man versus machine, Martin plunges into a chaotic nightmare trying to save his mind from the megalomaniacal corporation.

Haunted by the death of his father and other psychological traumas, Daniel (Roberto Scorza) returns to the home where he was raised. Faced with intense emotional scars, as well as physical — which are realized by the years of self-harm depicted by the cuttings adorning his body — he enters the bathroom to begin a journey of self-exploration, self-mutilation and quite possibly, self-enlightenment. Prepared only with three white candles and some crude instruments, Daniel attempts to beckon the embrace of the Goddess Ishtar (Flora Giannattasio) to assist him on his self-illumination. Bonus features include: Deleted Scene and behind the scenes, Photo Gallery Video, Location Scouting Video, Interview Video with Cast & Crew, Sacrifice’s Reference Video to Classical Paintings

James and his wife Casey load up their teenage kids and head to a remote cabin in Oregon for a weekend trip. When James ventures into the dark, snowy forest in search of firewood, he encounters a body hidden in the frozen terrain. Barely alive, James brings her back to the cabin for help, but the family has no way of knowing that the woman’s presence will be the catalyst for a series of horrifying events and bloody carnage that will change their lives forever.

Six friends become prey for a sadistic psychopath when they decide to ditch their high school’s after prom party for their own celebration at a secluded house.

A compilation of four rare films on 2 DVDs starring the master of horror, Boris Karloff. Alien Terror, Cult Of The Dead, Dance Of Death, Torture Zone

A teenage girl manages to escape with her young sister from a deranged serial killer couple. Unfortunately, a cabin in the woods that she hoped would be a safe house turns out to be even more harrowing and dangerous than her initial entrapment by her captors. INNER DEMON played at A Night of Horror International Film Festival winning Best Australian Feature, Best Australian Director for Ursula Dabrowsky and Best Female Performance for Sarah Jeavons.

Elina is a young woman grieving from the loss of her father who passed away recently. Elina’s mother decides to take Elina and her younger sister to their remote cabin, the place that used to be their family home some years ago and spread the ashes of the girls’ father. When saying their final goodbye to their father, they encounter three brothers who will make their weekend anything but peaceful, as it turns into an inconceivable horror ride and their fight for survival begins.

When Dani, an innocent southern girl, vacations to Los Angeles to evade her increasingly complicated life, she learns that escaping her past isn’t as easy as she hoped.

Four teenagers go looking for a legendary haunted house that gives you money back for every floor you can complete. Once finding it, they realize the house is much more terrifying than a normal Halloween attraction – the house knows each of their secrets and one by one uses them against the teens.

Four teenage girls venture out into the British countryside for a weekend of camping. The first night they sit around the campfire and tell each other scary stories, but the next day they realize there is an actual stalker in the woods watching them. When night comes, they start disappearing one by one, as they realize that they are prey for a predator who knows the woods intimately. When the crazed Doctor Moore finally confronts Amy, the last survivor, she realizes that the “Plague Doctor” legend is not a myth and that she has been kept alive as the Doctor’s choice for his deranged experiments. 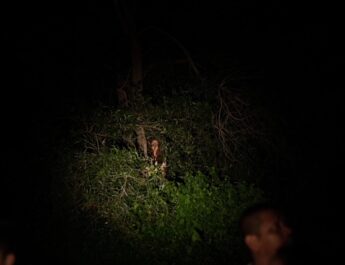 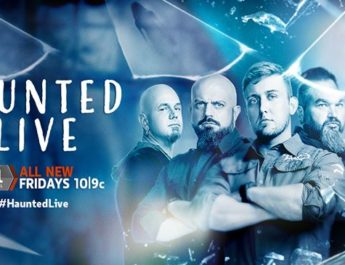