SHRIEKFEST INTERNATIONAL HORROR/SCI FI FILM FESTIVAL is thrilled to announce the full, expanded schedule for its EIGHTEENTH annual horror film festival, returning to Raleigh Studios Chaplin Theatre, October 4-7th, 2018. Festival Director Denise Gossett says “We are so honored to once again be at the same location we’ve been at for all 18 years! And, we are also proud to announce the second annual Shriekfest Orlando on November 3rd!”

Festival goers will once again enjoy the finest in independent cinema from around the globe, selected from submissions that came in everywhere from the United Kingdom to New York; from Idaho to Spain. From our opening night screening of the WEST COAST PREMIERE of ALIVE (Angus Macfadyen), to the shorts from Australia and the United Kingdom, and finally to the WORLD PREMIERE of ECHOES OF FEAR & the CALIFORNIA PREMIERE of The Friday the 13th fan film NEVER HIKE ALONE. The 18th Annual Shriekfest Horror/SciFi Film Festival has worked hard to present a festival as diverse as the fans of the Los Angeles city itself.

Once again SHRIEKFEST Film Festival exceeds at challenging the idea of what a horror film festival should screen, with eclectic selections (LATCHED), to science fiction (SAFE), comedy (CABIN KILLER), and even the disturbing (A DOLL DISTORTED).

Entrance to SHRIEKFEST Film Festival 2018 is $10.00 per block, an All-Fest Pass, good for all four days of the festival, is now available on our website, for just $120.00, this pass includes the opening night party and guaranteed entrance to all films/Q&A’s.

All films are un-rated, and unless specifically noted no one under 17 will be admitted without a parent or guardian’s accompaniment or permission. For more information on THE 2018 SHRIEKFEST FILM FESTIVAL, as well as news about other related events, including the Opening Night Party and the networking events, please visit our website: www.shriekfest.com 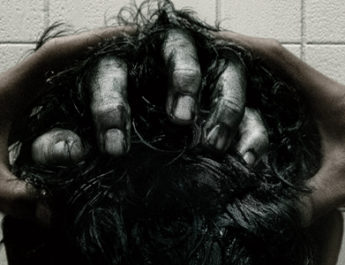